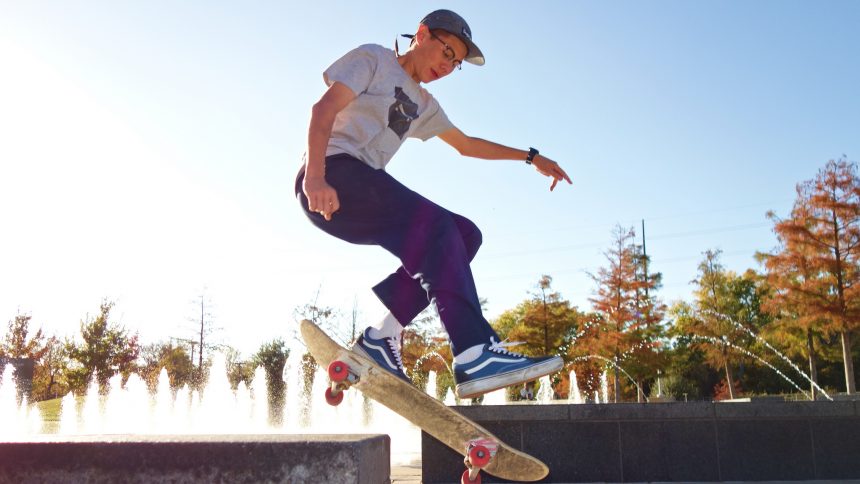 What is Extreme Skateboarding 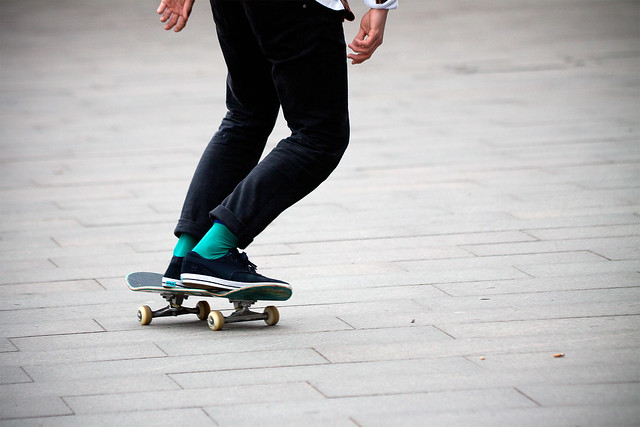 Extreme skateboarding was born out of normal skateboarding, which itself was born when surfers wanted to find a similar but alternative sport to do on land when the surf was too flat to hit the water. Initially there weren’t purpose-specific skate parks so early skateboarders in the first decades of the sport – in the 60s and early 70s – just used publicly available spaces. But by the late 70s skate parks were blooming here there and everywhere. Street skateboarding is practiced by millions of teenagers and adults all around the world, and aside from doing it as a hobby or to get from A to B, many add tricks to their practice. So things like the kickflip, the 360 kickflip, the 360 pop shove-it, and dozens of tricks performed in mid-air with nothing but the skateboard itself.

Extreme skateboarding involves doing the trickier tricks, or skating at a skatepark that has deeper bowls  and higher ramps so that you can do incredible tricks while flying in the air. Check out this video to see exactly what we mean:

Or there is extreme downhill skateboarding, which sounds quite tame until you see this:

There is also extreme skateboarding that involves jumping out of a low helicopter and then landing on your skateboard on a skate ramp – although the rider isn’t always successful, which is not exactly a great outcome. 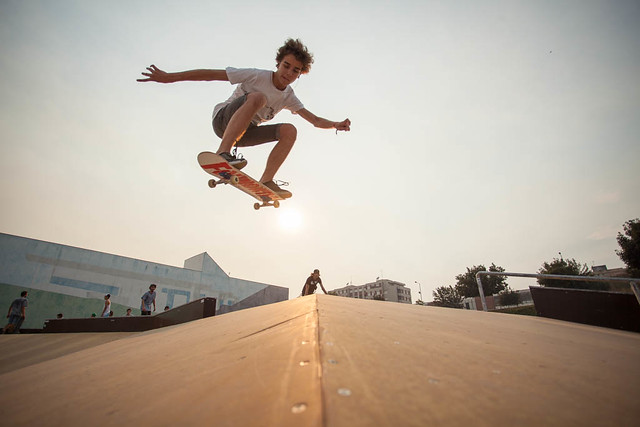 There are many different types of skateparks. So-called “skate spots” are where there are a handful of different features that can be used by multiple skaters at once, so there could be bowls and ramps and you can move from one structure to the other. Then there are bigger and bigger versions that have multiple skateable areas and amenities to support skaters. Some skateparks – aside from having bowls and ramps – also have sections that mimic the real world with ledges, stairs and railing built for skaters to use. Most of the best skate parks have a mix of street-style areas,  bowls, pools and half-pipes, as well as a mix of snake runs, quarter pipes, spine transfers, handrails, funboxes, vert ramps, pyramids, banked ramps and full pipes.

Some indoor skate parks even include foam pits so that you can practice jumps with a soft landing.

Some of the best and most extreme skate parks in the world include the Black Pearl Skatepark in the Grand Cayman Island. It offers bowls, moguls, cradle, hips and some stairs, ledges and handrails. This one is one of the world’s largest outdoor skateparks and offers lessons for more experienced skaters. Stoke Plaza in England is a street-skater’s mecca with loads of handrails and steps. It’s also one of the largest skateparks in Europe. Burnside Skatepark in the United States is considered to be the epitome of skateparks. It’s features include bowls, wallrides, quarterpipes, vert wall, curved tranny, hips and bumps. SMP Skatepark in China offers the world’s biggest: with the world’s biggest bowls and ramps – it’s not for those who are overwhelmed by height and size. Livingston Skatepark in Scotland is hard to skate but once you master it you’ll be a local champ. Finally, Area 51 Skatepark in the Netherlands is indoors and offers lights on action even at night. So there’s no time of you day you can’t skate once you’ve visited these extreme skateparks for skaters of all skill levels.

Liked this article? Looking for the latest in travel and adventure news? Then check out the rest of our articles at Adventure Herald. You can also like us on Facebook, follow us on Twitter or Instagram to keep up with our latest antics.
Tag adventure sports Different Types of Skate Parks extreme skate parts extreme sports skate parks Skate Parks Near Me skateboarding skateparks What is Extreme