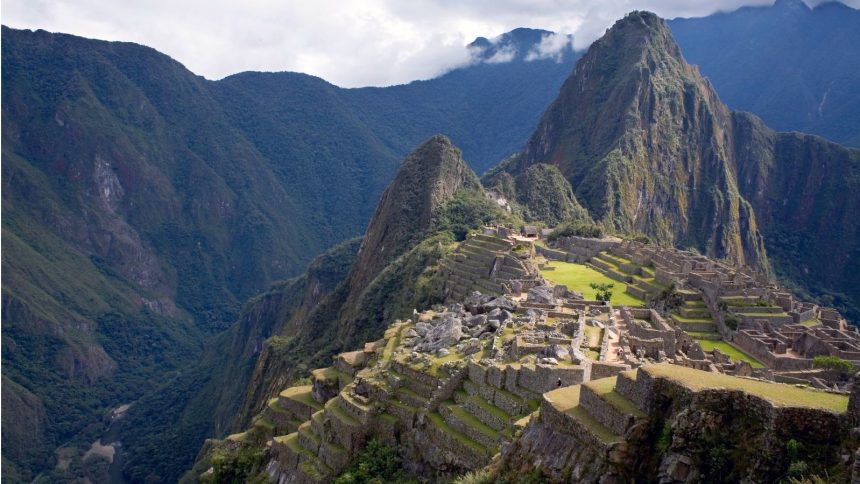 My name is Ozymandias, King of Kings;

Look on my Works, ye Mighty, and despair!

Nothing beside remains. Round the decay

Of that colossal Wreck, boundless and bare

The lone and level sands stretch far away.”

As famous English Romantic poet Percy Bysshe Shelly wrote in his poem Ozymandias, nothing could withstand the destructive power of time; not even prosperous kings, neither powerful civilizations. Many major cities of the ancient world, alas, had seen their rise and decline in time. They became lost cities. Nevertheless, their ruins stand on their places defying the authority of time like a wounded knight. You encounter these lost cities on television, in movies, and books alike. They have lost their original function; however they are in disguise to serve another aim which is inspiring the modern man. This inspiration can trigger man to construct a bridge between ancient and modern towards future. Add the following lost cities into your travel bucket list and start observing how your perspective is changing gradually! 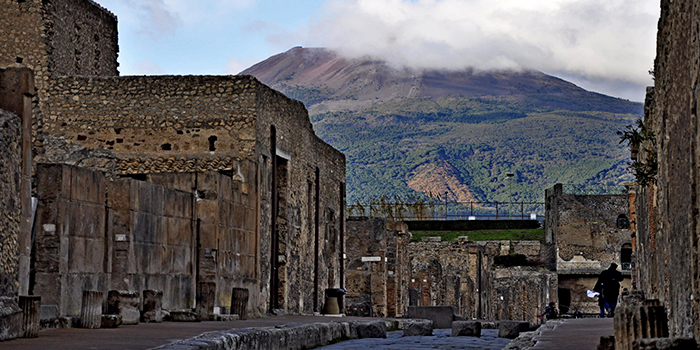 Pompeii and the Mount Vesuvius (Photo by Carlo Mirante)

Pompeii was an essential agricultural hub in the ancient Rome. The city was located nearby modern Naples. It had ascended to the level of a notable city thanks to its location. It was located on an important trade route in which goods, which arrived by sea, was carried towards Rome and Southern Italian states. They say there is always a way downwards, after you reach the peak. At least it was true for Pompeii since the city took its place among the lost cities when it was buried under the ashes after Mount Vesuvius erupted on 24 August A.D. 79. More than 1,000 people were turned into ashes instantly. Fortunately, ashes preserved some of the city’s artifacts, monuments, and buildings along with the bodies of the victims. Therefore, Pompeii is regarded as a unique open air museum and an amazing site for adventure travelers. The UNESCO World Heritage Site Pompeii should definitely be in your ultimate bucket list if you are looking for an adventure which can take you to the prosperous era of the Roman Empire.

Pompeii constitutes an essential phenomenon for popular culture as it can be seen in famous Hollywood production Night at the Museum. 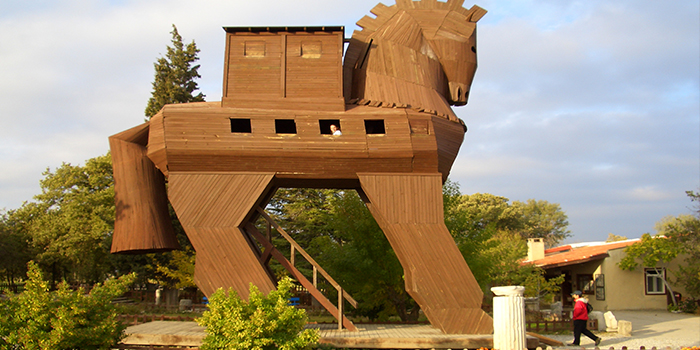 A replica of the Trojan horse in Troy (Photo by Iris)

You probably watched Brad Pitt kicking Trojan asses in Wolfgang Petersen’s well-known movie Troy. Or maybe you read Homer’s famous poem The Illiad, where a huge war broke out as a result of a beauty contest. In both versions of the story, Helen is taken by Paris of Troy despite her husband Menelaus, who happened to be the king of Sparta, had exact authority in the region. And you may also know that famous Trojan horse was snuck into the walls of Troy when it was full of enemy Greek soldiers. The Trojan Horse has always been an essential figure in the popular culture since it is regarded as one of the most cunning war technics ever. Moreover, Troy is the place where half-god Achilles was shot in the heel with an arrow by Paris. Since Achilles was bathed in the river of Styx, he was vulnerable only in his heel where his fairy mother held him when she dipped him in the water. According to the Greek mythology, Apollo guided Paris’ arrow in order to make Achilles’ end inevitable. Well, the story is quite long to tell in this section; however, we can suggest you to visit the ruins of UNESCO World Heritage Site Troy where this breathtaking story took place. The city is located in the province of Canakkale in Turkey. You can reach there after a five hour-long drive from Istanbul. You can even find an original size replica of the Trojan Horse on the seaside of Canakkale. It is definitely worth visiting the ruins of one of the most important city states of Ancient Greece. You can also pop into World War I memorial sites in the region once you are there. You’ll definitely find yourself walking on the pages of a history book. 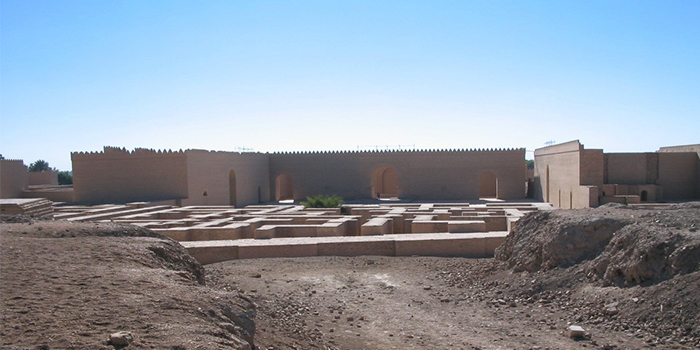 Babylon – also known as Babel- is known for its significance in the Hebrew Bible. The Tower of Babel is studied in order to explain the origin of different languages in the Book of Genesis. According to the story, 340 years after the Great Flood, people decided to build a humongous tower to reach heaven. God saw their zeal and ruined the tower. Moreover, he forced people to speak different languages so as to deter their communication. The Tower of Babel has been used as a reference and a metaphor in many books and movies. However, the city’s significance doesn’t only derive from the significance of the tower. As a matter of fact, it was an essential city in ancient Mesopotamia. Babylon was located in the fertile land between the rivers of Tigris and Euphrates. Famous Amorite king Hammurabi created the first Babylonian Empire in the 18th century B.C. The ruins of the ancient civilization lie on the Iraqi soil, 85 km from Baghdad. Although it is literally a lost city, you can still visit the site to see a few ruins and create an insight to the lifestyles of the ancient Babylonians in your imagination. 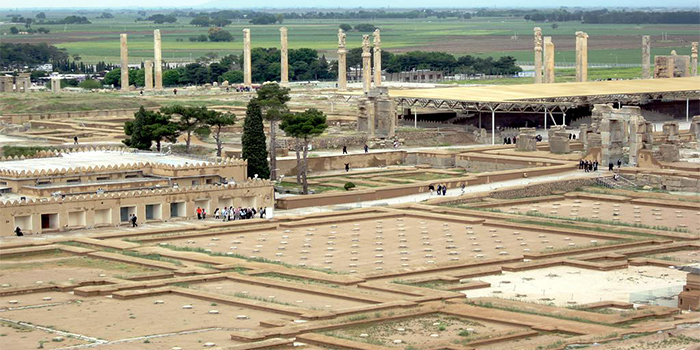 City of Persians was a significant city for the Persian Empire since it constituted the ceremonial capital. It was founded in the 518 B.C. by Darius I and served as the capital of the Achaemenid Empire. It was the symbol of the Achaemenid dynasty’s power. When the Greek soldiers of the Alexander the Great’s army burnt the city down, they intended to harm the authority of the Achaemenids. Divine king of the Achaemenids, Xerxes, whom we know thanks to famous Hollywood production 300, built a palatial complex in the city. As an adventure traveler, it is your right to hit the road in search of the traces of the ancient kings and commanders who wrote the great book of history themselves. If you are planning to embark on a road trip in Iran, drive through the beautiful city of Shiraz and visit the ruins of UNESCO World Heritage Site of Persepolis! You won’t regret. 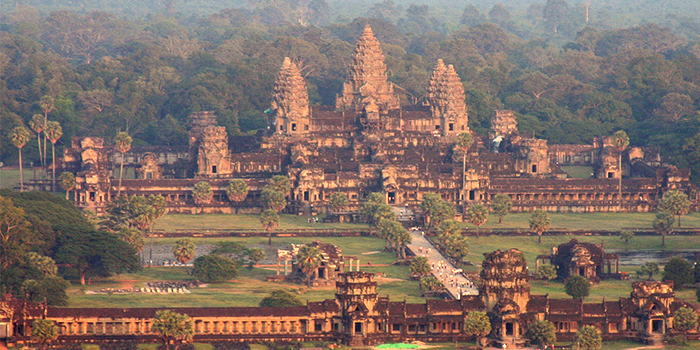 You are looking for destinations for adventure travel in Southeast Asia? You should head to the Siem Reap region of Cambodia. Afterwards, any local could help you to find your way to Angkor Wat, the capital temple. It is the largest religious monument in the world. It stretches over 400 km2, containing such famous monuments as the Temple of Angkor Wat and the Bayon temple. You can get lost while observing the Khmer Architecture through buildings erected between the 9th and the 15th centuries. You should head to Ta Prohm in order to follow the footsteps of Angeline Julie. This UNESCO World Heritage Site is huge; nevertheless you are an adventure traveler. You have the strength to remove every stone and look for a clue into the mysterious past of great civilizations.