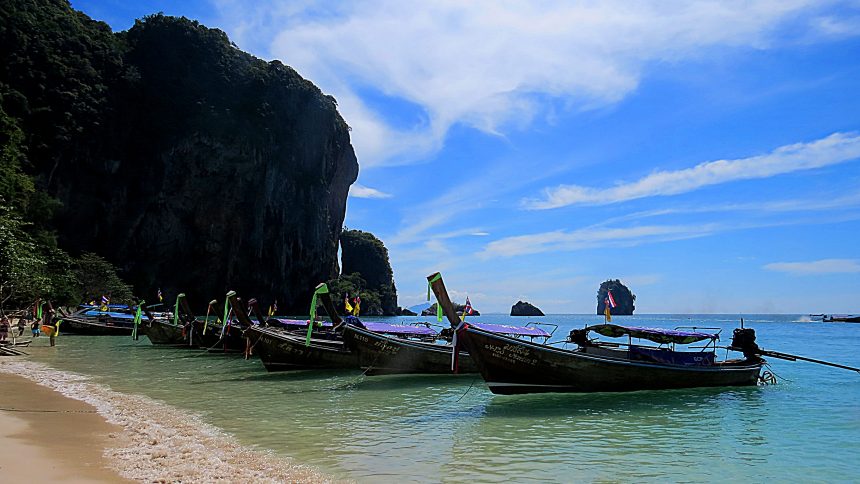 The Best Places for Extreme Sports

Pack your bags and put the adrenaline on stand by – if you’re looking for a guide to take you to the best places for extreme sports, then look no further than Adventure Herald! 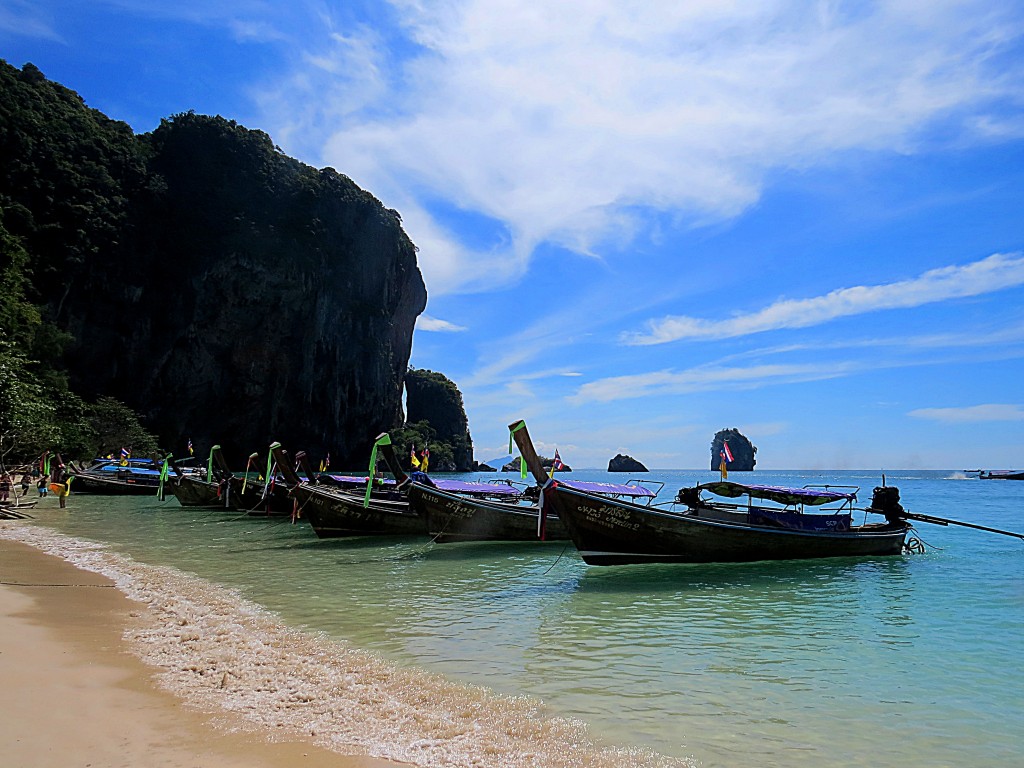 Krabi Province in Southern Thailand, located on the shore of the Andaman Sea, stands out with its karst rock formations both on land and in the sea. These solitary limestone peaks are a paradise for climbers with their characteristic pockets and overhangs, amidst beautiful scenery.

The most beautiful locations are arguably Rai Leh and Ton Sai Beach, both only accessible by boat, where a number of multi-pitch stations start directly from the beach. When you are safely back on the ground you can celebrate your successful climb with a bath in the crystal clear, turquoise ocean and relax on the white, sandy beaches.

Peak climbing season is November till April, the driest and least humid months, but in general climbing is possible throughout the year, which makes it not only one of the best places for extreme sports, you can also relax a bit by the beach. 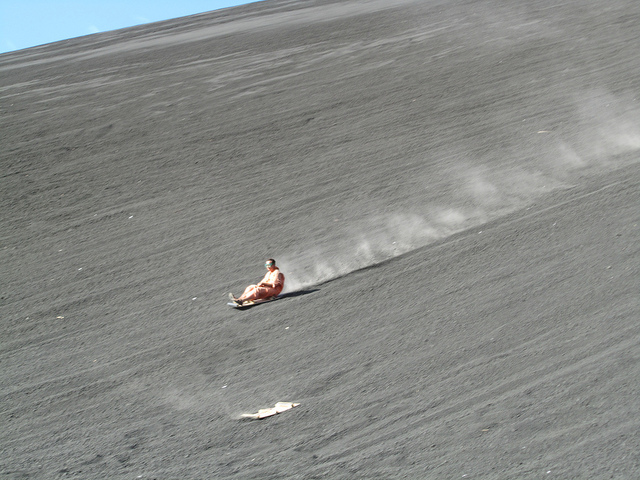 For all those, who are into the adrenalin rush of snowboarding, but prefer warmer temperatures, volcano boarding was created. It can’t possible get any hotter, than surfing down the ashes of an active volcano on plywood or metal boards, reaching up to 90 km/h.

The best place for volcano boarding is Cerro Negro, a with about 160 years quite young volcano in the Cordillera de los Maribios mountain range in the west of Nicaragua. Its cone consists primarily of pebble stone sized volcanic rock, which makes it ideal for this crazy adventure. After a 60 minute hike up to the top of the volcano through amazing scenery and volcanic landscapes, when you finally reach the ash fields, you can choose, if you want to slide down standing like a pro, or if you’d rather be on the safe side and use the boards like a sleigh. 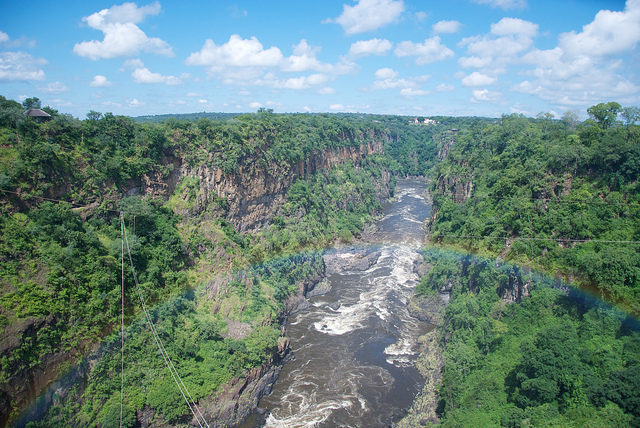 The most scenic bungee jumping location is undoubtedly the Victoria Falls Bridge across the Second Gorge of the Victoria Falls between Zambia and Zimbabwe. It might not be the highest bungee jump (which is Bloukrans Bridge in South Africa, 233 m), but the dramatic scenery makes more than up for it.

Get a glimpse of the thundering falls itself, with a width of 1.708 m the largest waterfalls of the world, before you jump down, head first, 111 m deep towards the Zambezi River.

The crocodiles in the river add the little extra kick, just in case the jump itself is not enough!

The falls were named in honor of British Queen Victoria, but especially during the high water months February till May, when the spray of the river rises up to 400 m, its indigenous name Mosi-oa-Tunya, “The smoke that thunders” is the more appropriate one. If you are lucky and the sunlight meets the spray in the right angle, you can even jump through a rainbow. 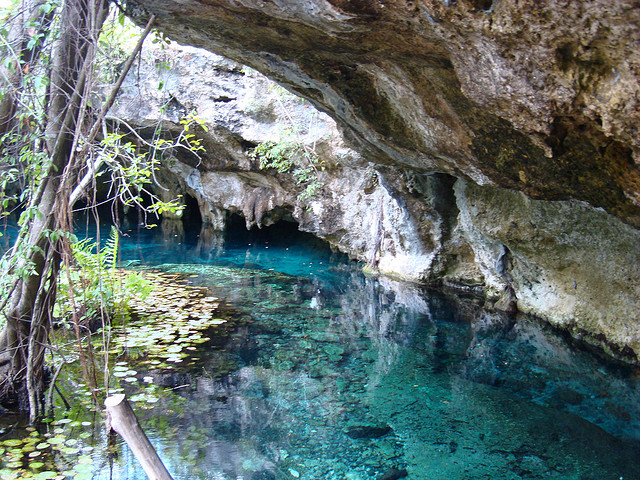 Descending into a hole in the earth to explore a flooded underground cave system might be the manifestation of all their fears for many, but for some thrill seekers it is the ultimate adrenalin rush.

The Yucatán Peninsula in Mexico has the largest concentration of sinkholes in the world, while it also boasts with the three longest known underwater cave systems, Ox Bel Ha with 238 km, Sac Aktun with 215 km and Dos Ojos with 82 km. With that the peninsula offers sheer endless possibilities for cave diving, making it a true paradise for cave diving enthusiasts.

The surroundings with the beautiful, lush jungles and the crystal clear, turquoise water of the pools are a nice little extra that makes this destination even more attractive.

The Himalayas offer some of the best rivers in the world for white water rafting adventures. Real pros will enjoy the Alaknanda and the Bhagirathi River with grades from IV-V, which makes them challenging even for the most seasoned white water rafter.

At Devprayag the two rivers meet and form the holy river Ganges, which changes into a pool drop river for the next 70 km – the perfect segment for beginners.

But these are by far not the only options. You can choose from a multitude of rivers and grades of difficulty. The rolling rivers, the Himalayas rising along the shore, the untouched wildlife and the fascinating culture you encounter in the villages you pass, makes the Himalayas a rafting spot not to be missed. 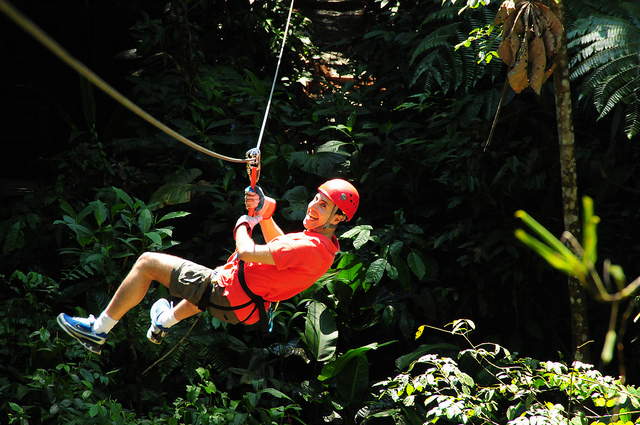 This might not be the fastest or the longest zip line on the world, but it is easily the most scenic one. Fly through the tree tops through 12 cables and 18 platforms, and discover your inner Tarzan using the optional swing at the end.

Monteverde Cloud Forest along the Cordillera de Tilarán is a reserve in the north-west of Costa Rica that combines nature preservation, tourism and education. The area has an extremely high biodiversity and while you fly through the trees, the bird might easily mistake you for one of themselves.

Liked this article? Looking for the latest in travel and adventure news? Then check out the rest of our articles at Adventure Herald. You can also like us on Facebook, follow us on Twitter or Instagram to keep up with our latest antics.
Tag africa asia bungee jumping cave diving central america costa rica himalayas india mexico niceragua rockclimbing thailand volcano boarding white water rafting zambia zip lining