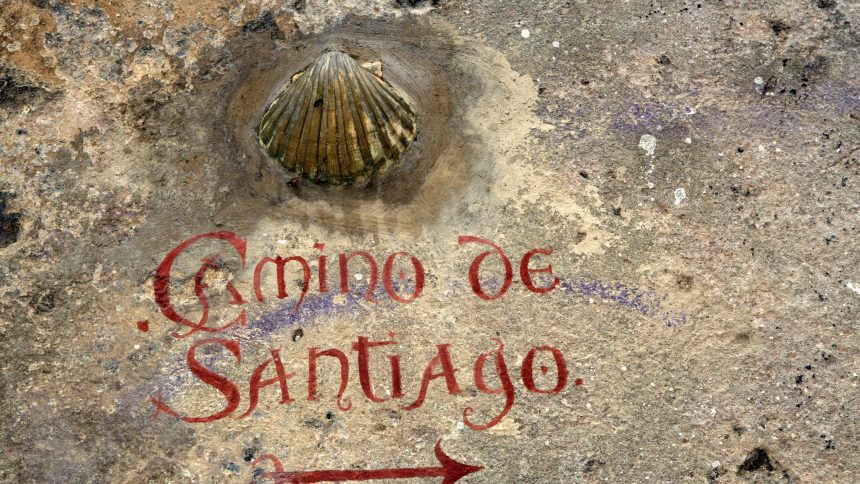 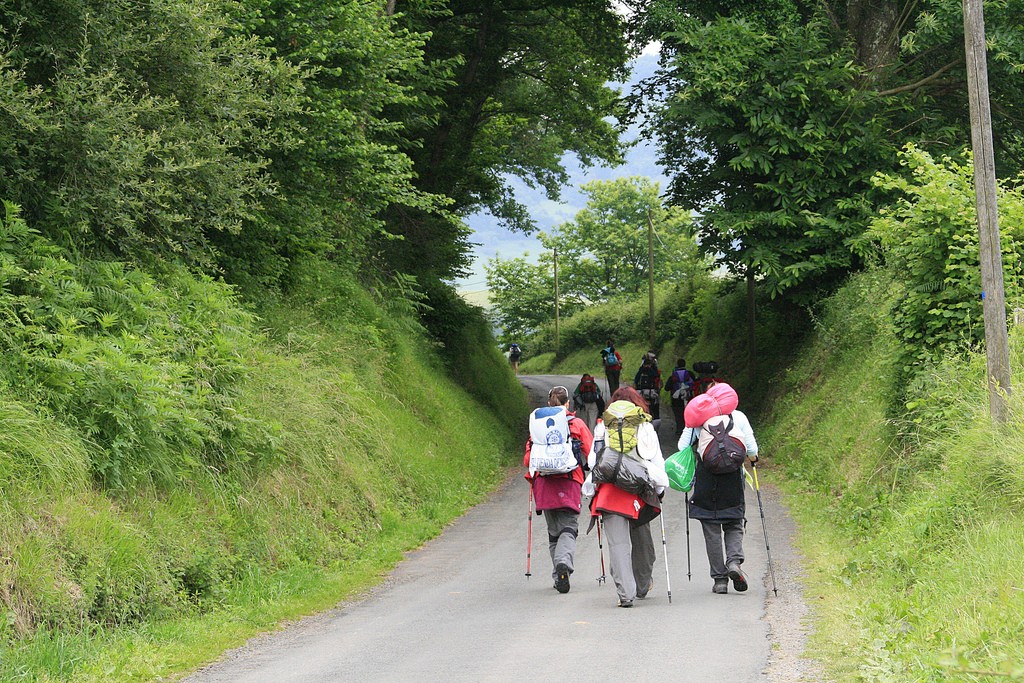 This is a very popular set of pilgrim ways in northern Spain that lead to the shrine of St James the Great in the Cathedral of Santiago de Compostela. Today, hundreds of thousands do this pilgrimage – and not just Christian pilgrims – for the sport, adventure or challenge of hiking for days in the Spanish countryside. Some die-hard pilgrims start from their front door and walk all the way, while others start much closer, say somewhere along the French-Spanish border. In Spain there are certain accommodations set up for pilgrims, plus there is a pilgrim’s passport where you can collect stamps along the way and even get a certificate of completion for those that have walked at least 100 kilometers!

The scallop shell (as seen in the cover image of this article) is the symbol of this pilgrimage for a number of reasons one of which is that when St James’ body was being shipped to Spain a severe storm hit the boat and his body went overboard, however, his body came to shore covered in the shells. Another reasons is more symbolic – that the grooves on the shell all lead to one central point; just like the various pilgrim routes all lead to Santiago de Compostela.

While in Spain you should also visit Barcelona’s Basilica de Sagrada Familia, designed by Catalan architect Antoni Gaudí. It’s a significant religious site as well as an architectural marvel! 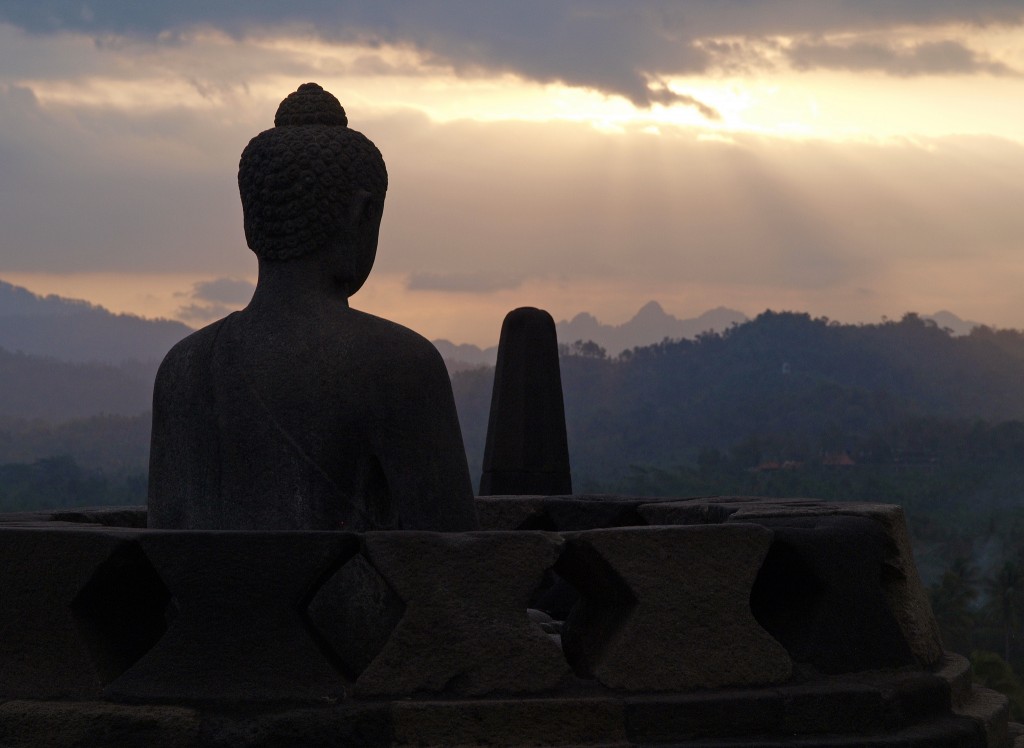 This 9th century Buddhist Temple is located on the Indonesian island of Java. The best time to visit is at sunrise, with pilgrims starting at the base and walking up the three levels of terraces. During Vesak (at the full moon of May or June) many Buddhists make a pilgrimage to this site, although it’s open the rest of the year as well to people of all or no religion. Buddhist cosmology is depicted as well as statues of Buddha, and the view of the surrounding mountains can be equally moving. It’s located a relatively short drive from the city of Yogyakarta, although there is accommodation available right near the complex. 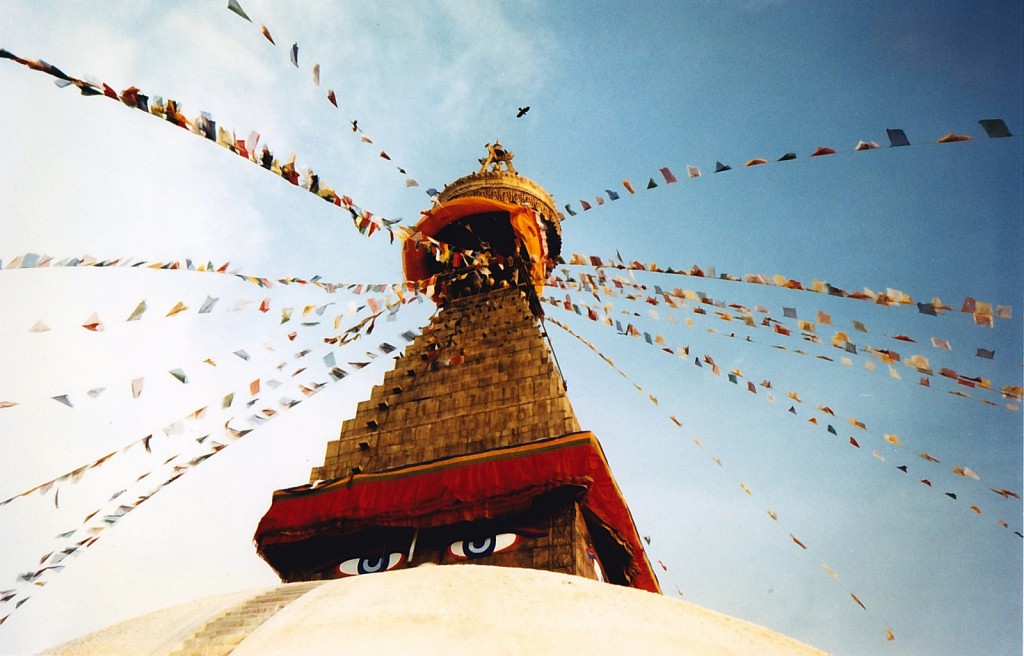 Boudhanath is located in Kathmandu in Nepal, the Buddhist stupa is a UNESCO World Heritage Listed site (as are many of the other pilgrim sites on this list) and one of the largest stupas in the world. It was damaged in the 2015 earthquake in the region but has since been repaired. The beautiful prayer flags fluttering from the top make it an iconic site and one of the best known tourist attractions in Kathmandu, as well as an important pilgrim site for Tibetan Buddhists and local Nepalis. 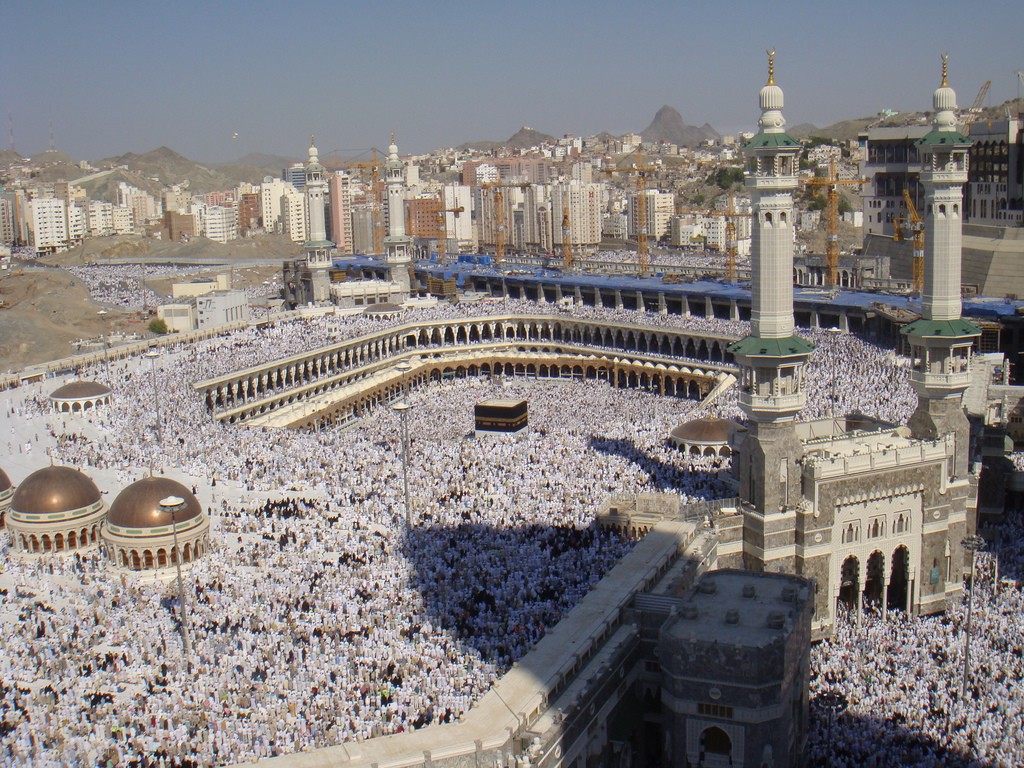 We include this despite Mecca being closed to non-Muslims because it’s the most important pilgrimage for people of Muslim faith who might be reading. Masjid al-Haram (or the Grand Mosque) is located in the western Saudi Arabian city of Mecca. The Hajj pilgrimage here is probably the best-known religious pilgrimage in the world, as well as the largest gathering of people on earth with some 2 million people coming to the city. The Islamic pilgrimage to the Kaaba (located in the mosque) is compulsory for Muslims to complete at least once in their lifetime (so long as they are physically and financially able). Each person must walk seven times counter-clockwise around the black cube called the Kaaba. For Muslims, the pilgrimage must take place between the 8th to 12th of the final month of the Islamic calendar. Because of the huge mass of people coming during this time there are huge logistical systems put in place to corral the crowds, sadly accidents have occurred which have resulted in incidents where hundreds of deaths as groups of pilgrims collide.

Other important sites for Muslims include Al-Aqsa Mosque (more on that below) in Jerusalem, or the Hagia Sophia and Blue Mosque both in Istanbul, Turkey. These – and many others around the world – however, are open to non-Muslims to visit. 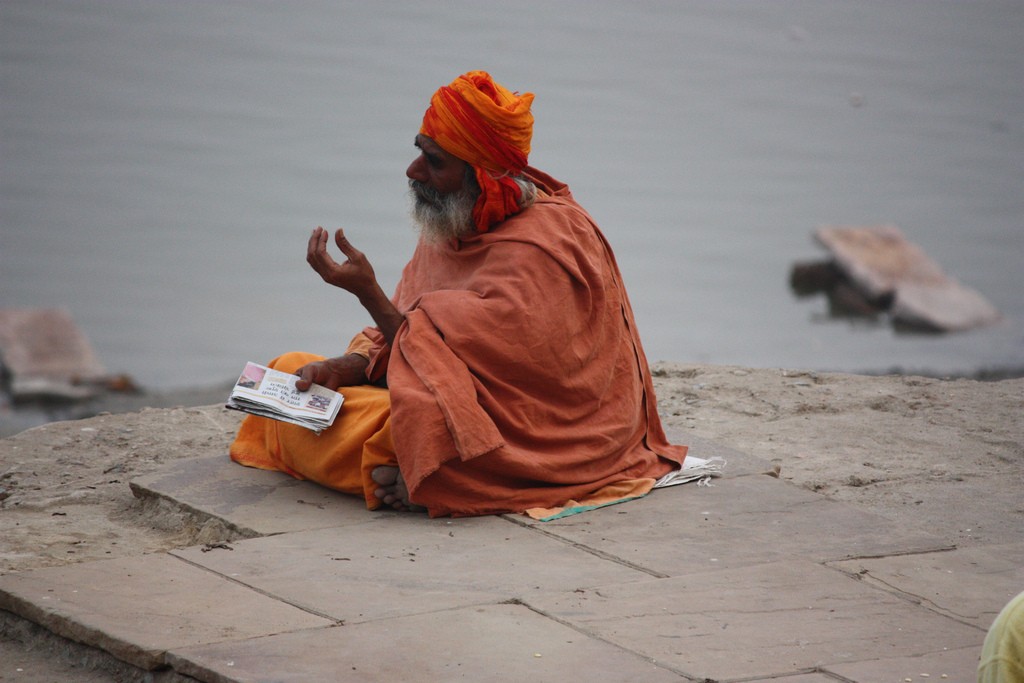 India’s Ganges river is a sacred site where many Hindus bathe as a symbolic way of cleansing sins. One of the largest gatherings of pilgrims is during Kumbh Mela in which ritual bathing takes place by millions of people. This festival takes place at different locations along the Ganges including at Haridwar, Allahabad, Nashik and Ujjain. Another sacred site on the banks of the Ganges is the city of Varanasi. Hindus believe that death here will bring salvation making it a significant pilgrim site. The Bahai Gardens are located in Haifa in Israel and it’s the most important religious site for those following the Bahai Faith but also a popular tourist attraction for others. The gardens ascent over 19 terraces stopping along the way at the Shrine of the Bab (with the golden dome in the photo above) and the final resting place of the Prophet-Herald of the Bahai Faith. It’s possible to visit any time of the year.

The Holy City of Jerusalem is an important city for those of Muslim, Christian and Jewish religions, and there are more sacred sites here than we can list in a short section like this. Let’s start with Temple Mount, which is of significance to all three of these religions. There you’ll find the Dome of the Rock and the Al-Aqsa Mosque, which are both significant to Muslims. While for Jewish people Temple Mount is the site of the First Temple. For Jewish people the Western (Wailing) Wall is particularly significant, because it’s considerd to be the closest spot to King Solomon’s original temple. Prayer notes are often left in the cracks of the giant wall. For Christians the site is significant because the Jewish Temple there is where Jesus prayed and preached.

Elsewhere in Jerusalem, for Christians, the Church of the Holy Sepulchre (where Jesus was crucified), Mount of Olives, and the Garden of Gethsemane are important pilgrimage sites. For pilgrims walking the Via Dolorosa or the Passion of the Christ is particularly significant in Jerusalem. Other sites in Israel and the Palestinian Territories like Bethlehem, Nazareth and Galilee are also important for Christian pilgrims. All of the sites mentioned here are open to access or view by non-religious people as well, however, as with all the sites mentioned in this article it’s important to dress and act in a culturally appropriate manner. 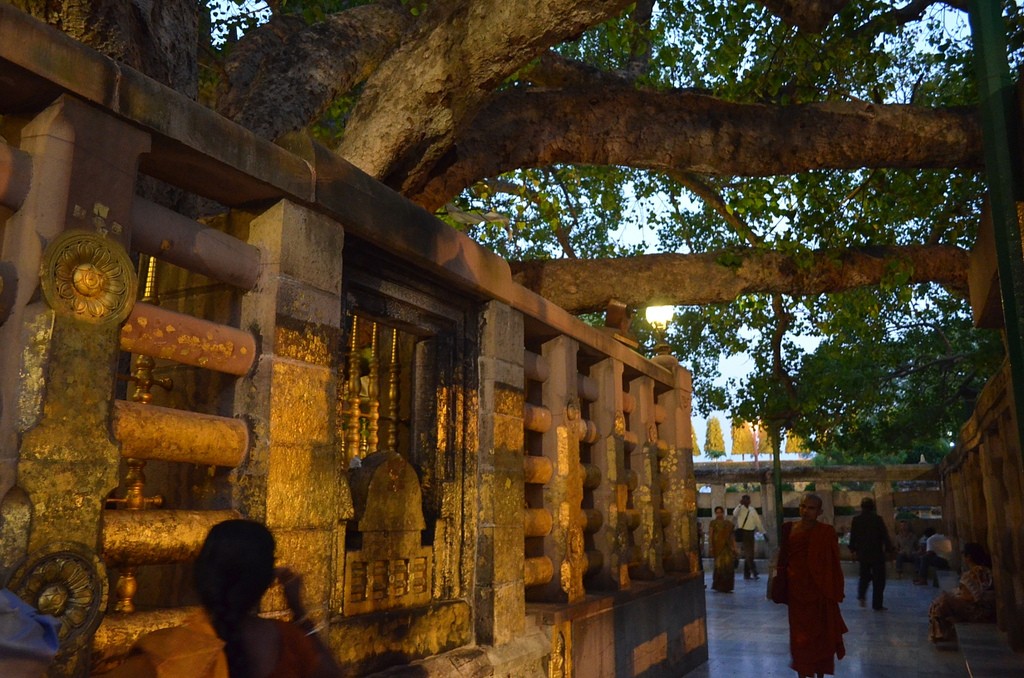 Bodh Gaya is said to be where Gautama Buddha gained Enlightenment, and for Buddhists it’s one of the most important pilgrimage sites. Visit the Mahabodhi Temple Complex and see the descendant of the original Bodhi Tree under which Buddha was awakened.

Liked this article? Looking for the latest in travel and adventure news? Then check out the rest of our articles at Adventure Herald. You can also like us on Facebook, follow us on Twitter or Instagram to keep up with our latest antics.
Tag adventure holidays adventure travel adventure travellers Bahai Gardens Camino de Santiago Holi india israel Jerusalem Mecca pilgrimage sites pilgrims religious pilgrimages Saudi Arabia spain The Ganges River