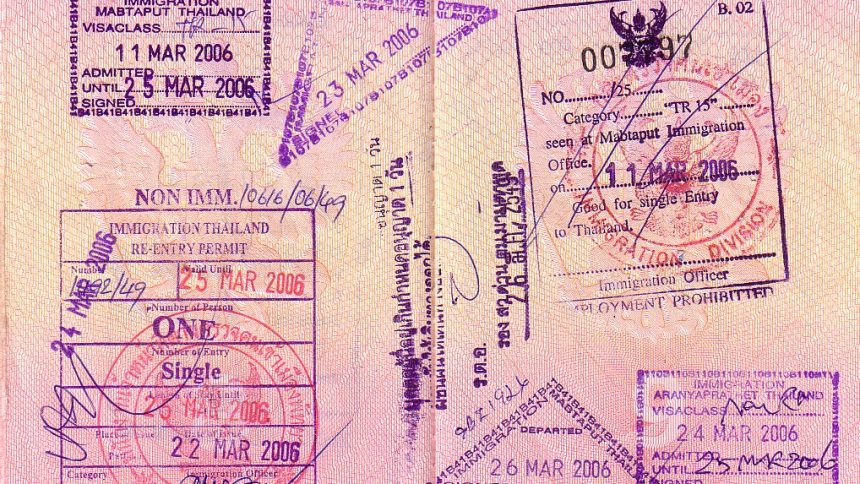 The Ministry of Foreign Affairs has confirmed the launch of a new multiple entry tourist visa for Thailand (METV), which will be available from 13th November 2015. The visa will cost 5000 baht (approximately 124€) and enable the owner to exit and enter Thailand as often as he wants to, within a period of 6 months. The only restriction is, that one stay in Thailand must not exceed 60 days.

After the visa has already been approved by the Prime Minister in August, the government is now asking embassies all over the world to take the necessary steps to prepare for the new visa regulations.

Up till now, the maximum, tourists could apply for, is a single entry visa for 60 days, which can be extended for a certain fee for 30 more days in immigration offices in Thailand itself.

The new multiple entry visa can be regarded as a gesture of goodwill from the military government, which took over in a coup in 2014. In an attempt to prevent westerners from doing so called visa runs (leaving the country and immediately re-entering it with a new visa) and basically living in Thailand without having a proper residence permit, visa regulations and border controls have been tightened.

The government hopes to facilitate traveling within the ASEAN region with the help of the new multiple entry visa and to boost tourism in Thailand, after it has suffered a significant setback following a terrorist attack in the heart of the capital Bangkok in August.

Liked this article? Looking for the latest in travel and adventure news? Then check out the rest of our articles at Adventure Herald. You can also like us on Facebook, follow us on Twitter or Instagram to keep up with our latest antics.
Tag news thailand visa