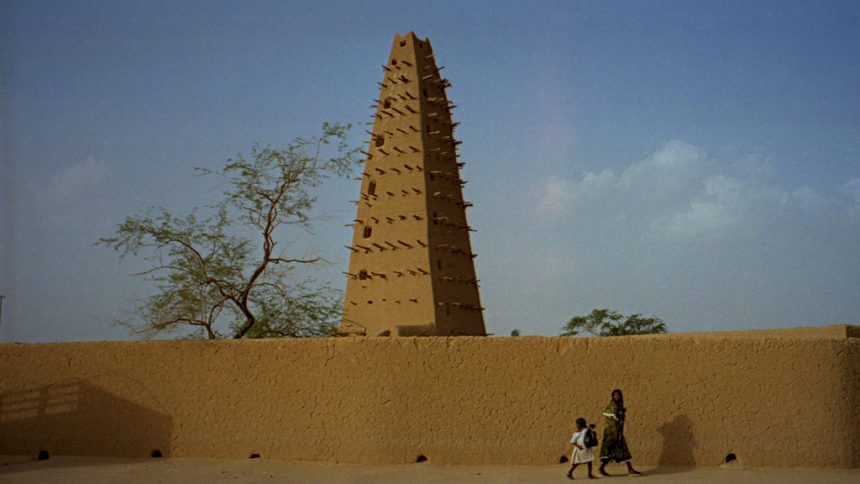 Little-Known Heritage Sites You Must See

We’ve all heard of the most famous of the UNESCO World Heritage Listed sites like Angkor, the Great Barrier Reef, The Great Wall of China, the Pyramids of Giza and so forth. But, there are actually more than 1000 of these sites, and here we’d like to introduce some of the little-known heritage sites that make the cut and are worth a visit by adventurous travelers. Here are our favourite seemingly underrated UNESCO sites that we think deserve a little more attention than they get! Got other ideas? Share your favourites in the comments section below. 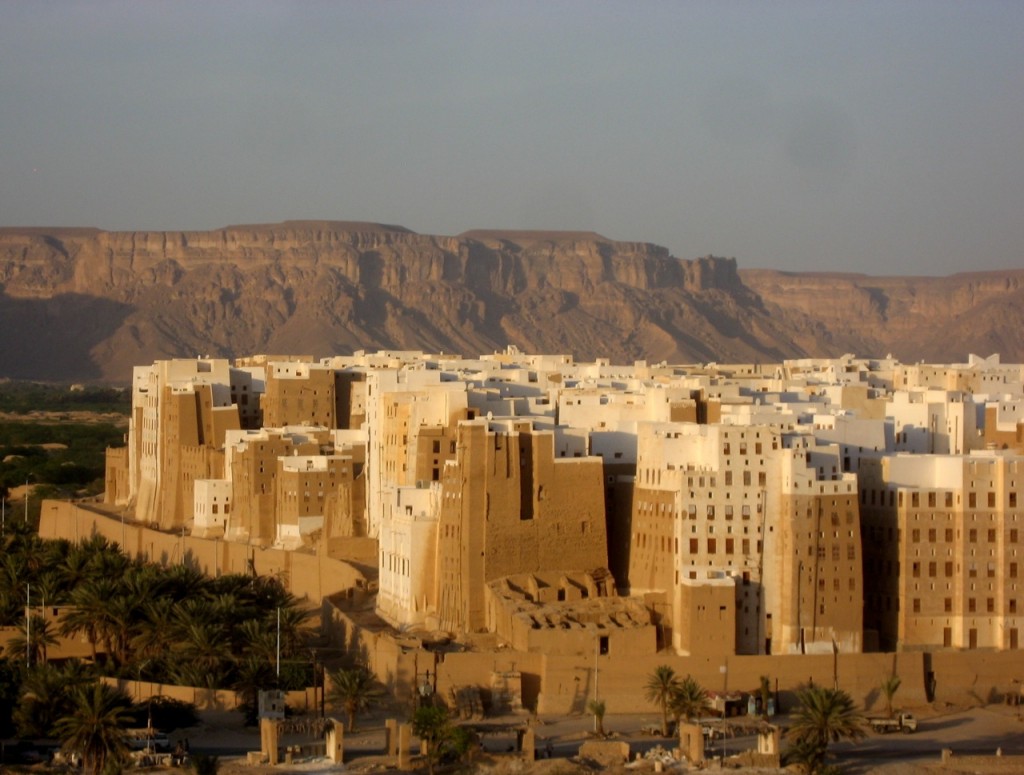 The Old Walled City of Shibam is listed as a World Heritage Site in Danger. The high-rise city dates back to the 16th century and is considered one of the earliest of examples of “apartment” building, and so it’s been dubbed the “Manhattan of the desert.” The similarities to a modern metropolis don’t end there. The mud-brick buildings – many as high as 7 storeys – are also an example of early urban planning as the buildings are formed in a grid-like layout. Located in Yemen (a country located south of Saudi Arabia), this site also tells of the cultural identity of the Wadi Hadramaut people and their ability to urban plan for their needs including that of security and the need to house a big population in a limited space. Remember to check up-to-date travel advice before heading to Yemen.

Coro and its Port, Venezuala 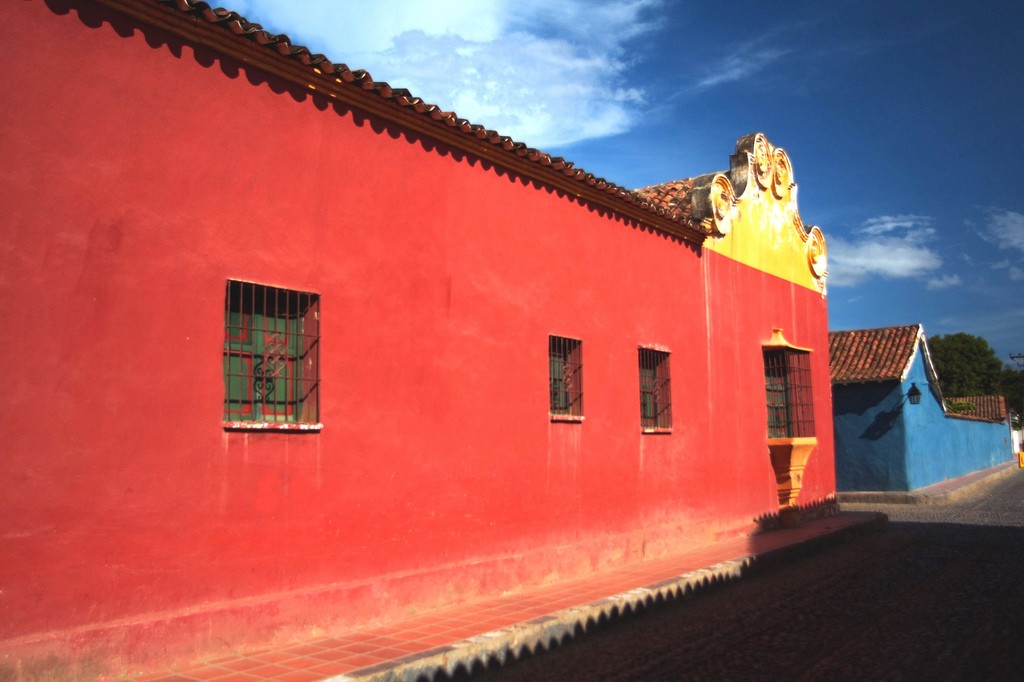 Coro and its Port is also listed as one of the heritage sites in danger; the lesson being that you should head there sooner than later! The stunning and vivid architectural style is a unique mix of Spanish Mudéjar and Dutch architectural techniques and it’s considered to be the only remaining such example. The city was founded in the 1500s, and today it shows the influence of Spanish colonisation on the Caribbean. The Dutch architectural style was added to the mix when they came in the 1700s. While there is much for adventurous travelers to do in Venezuela this is one site not to miss! 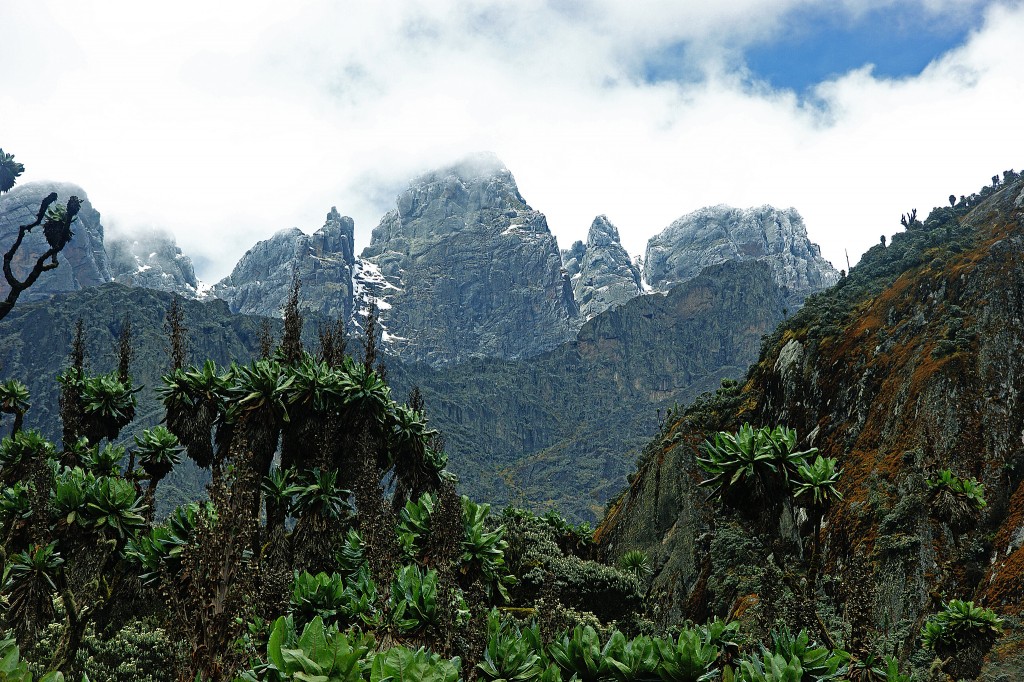 As far as mountains go, this site doesn’t have the fame of Kilimanjaro, but the Rwenzori Mountains in western Uganda are arguably equally – if not more-so – beautiful. The range includes Mount Margherita standing proud at 5109 meters. The mountains here offer a diversity that many might find unexpected for compared to the stereotypical African landscape. This national park offers everything from waterfalls, valleys, fast-flowing rivers, lakes and even glaciers!! Certainly most aren’t likely to expect to find snow-capped peaks so close to the equator. One of the other reasons the Rwenzori Mountains is heritage listed is because of the array of rare flora and fauna found here. If you’re a nature-lover or eco-tourist, or just interested in trekking, it’s definitely worth visiting this site. 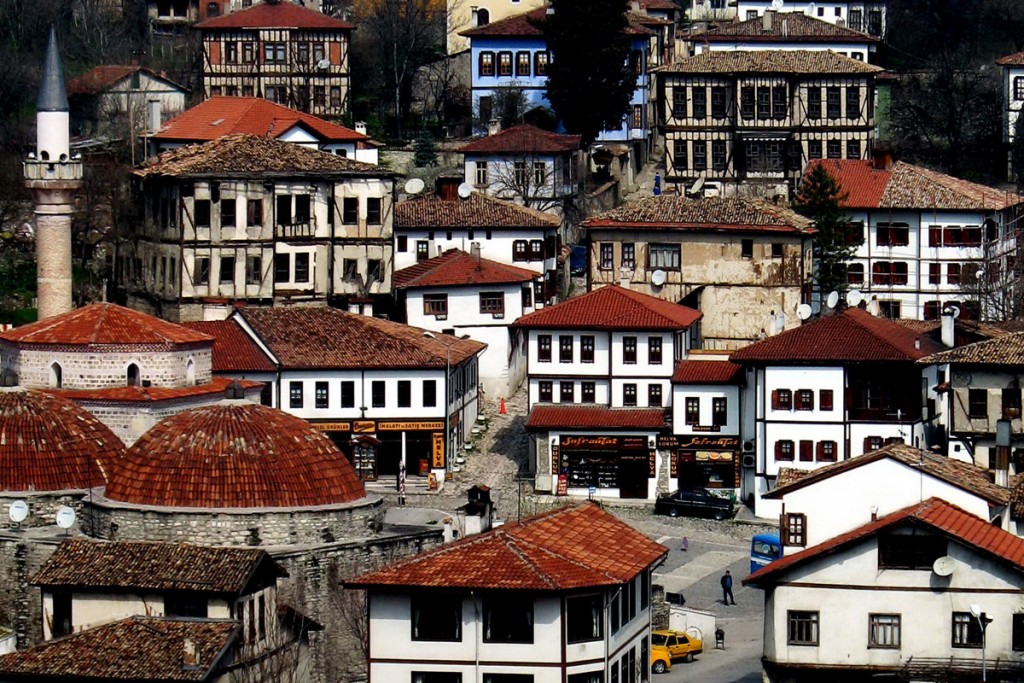 While there are many better-known tourist sites in Turkey like Istanbul, Capadoccia, Pamukkale and pretty much the whole Mediterranean Coast, there’s an undeniable attraction that is somewhat of a secret. The City of Safronbolu in Turkey’s north (and just north of the capital Ankara) is home to sites like the Old Mosque, Old Bath and Süleyman Pasha Medrese dating back to the 1300s. It is definitely one of the most significant little-known heritage sites. The architecture of the old town is a great example of Ottoman architecture, and the Ottoman architectural styles and techniques used in Safranbolu when it was a rich stop on the east-west caravan route, went on to influence Ottoman architecture elsewhere. Walking the narrow, cobbled streets and soaking your body in the old Turkish bath (where an older women will scrub you down and bathe you) all add to this hidden gem of a Turkish delight. 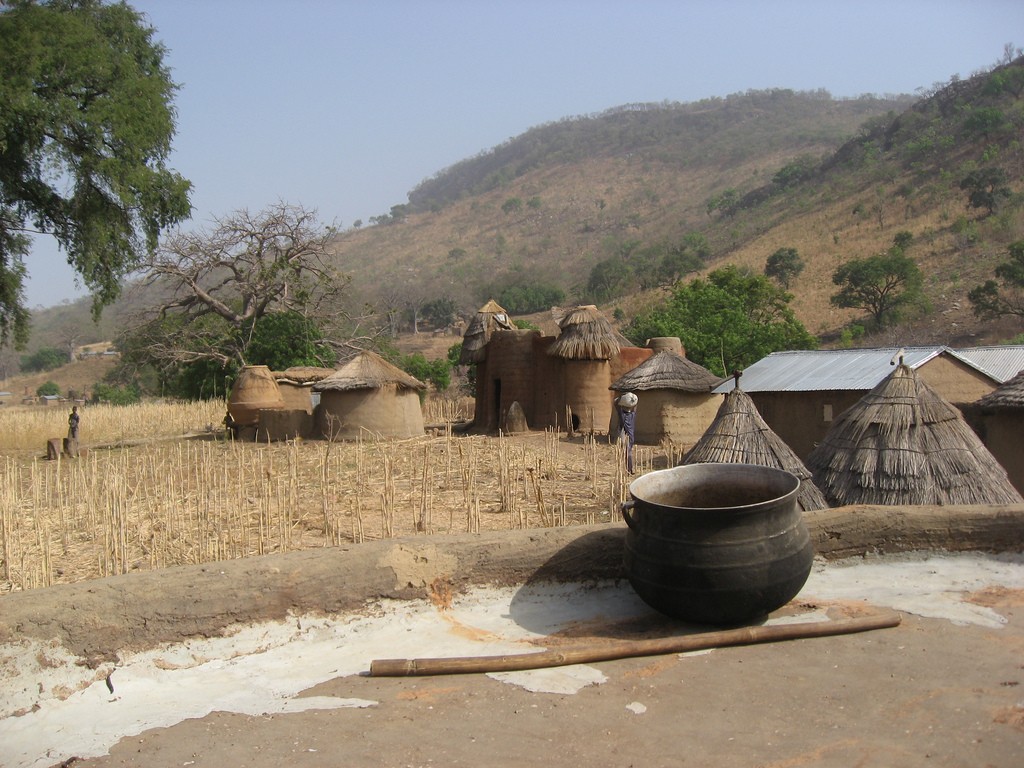 The Batammariba people of northeastern Togo have created the remarkable mud tower-houses that dot the Koutammakou. These homes are so famed they’re actually the national symbol of Togo. These particular buildings are important to preserve because of the link they show between the region’s people and the landscape. The buildings are grouped in small villages and there is an area for gathering and for rituals. This type of mud-brick building is called locally “takienta” and unlike some of the others on this list, this heritage site isn’t about being the oldest example of something, rather the buildings are built and updated as per the practical requirements of this ongoing living society. The people’s ability to compromise between sustainability and using natural resources is an example to the world. For adventure travelers this is the kind of place where you can see living history, and take an authentic step back in time. 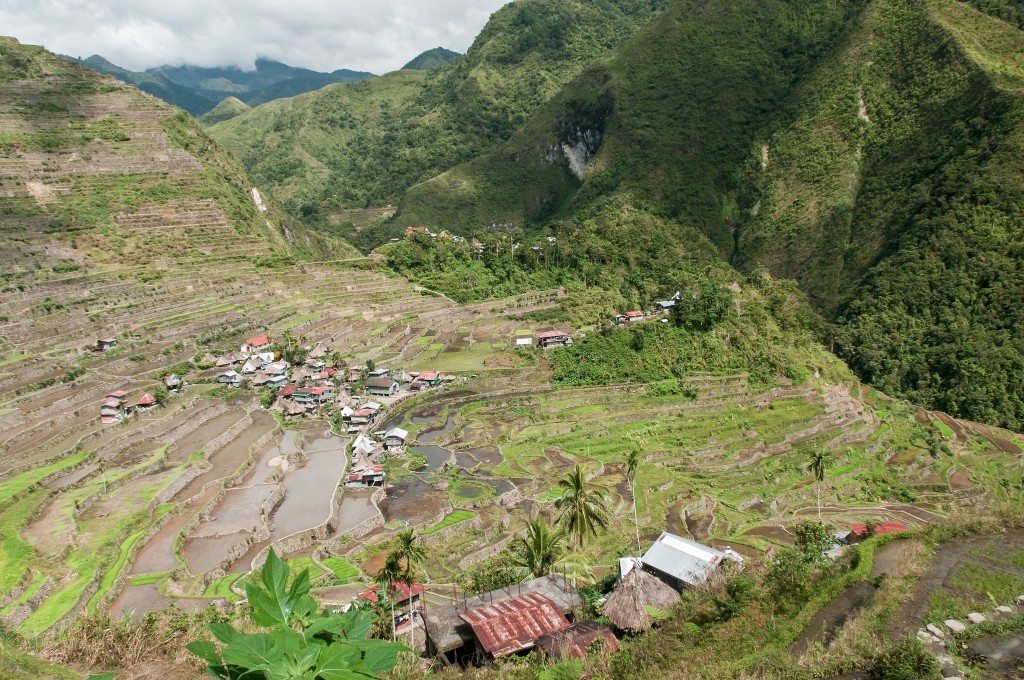 The Banaue rice terrace fields that follow the contours of the Philippines countryside of the Cordillera mountains have been around for some 2000 years and are yet another example of people and the environment being able to work harmoniously together. Located on the island of Luzon, there are a handful of well-preserved terraced clusters located in the Philippine Cordillera mountain range. These terraces were created by the Ifugao minority ethnic group. The beautiful landscape is an example of how an ancient civilisation were able to withstand various challenges both natural and man-made, and pass down their work to future generations. While in Luzon also see the Mayon Volcano. 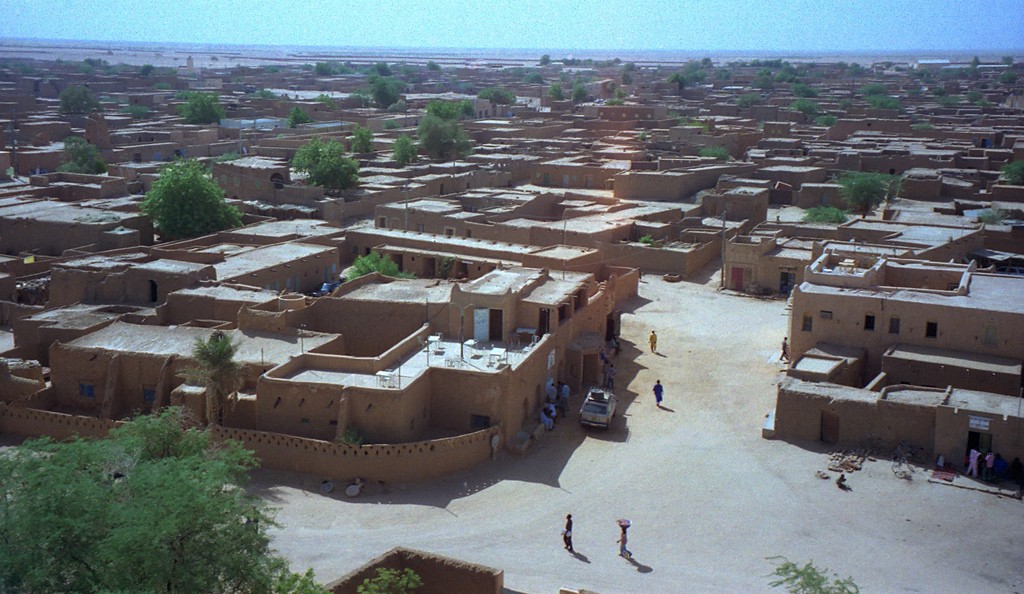 The last member of our little-known heritage sites list is the old city of Agadez dates back to the 15th and 16th centuries when it was an important stop on the caravan trading route.  The UNESCO World Heritage listed site includes many earthen dwellings as well as palatial and religious buildings. The site also includes the 27 meter-high minaret pictured in the cover photo of this article. This minaret is actually the highest mud-brick structure in the whole world! Like some of the others we have listed here, it’s a living historic site, which is very much still in use today with some 20,000 people living in the historic center of town. Please check travel advice before heading to Niger, which by the way is pronounced nee-zhair.