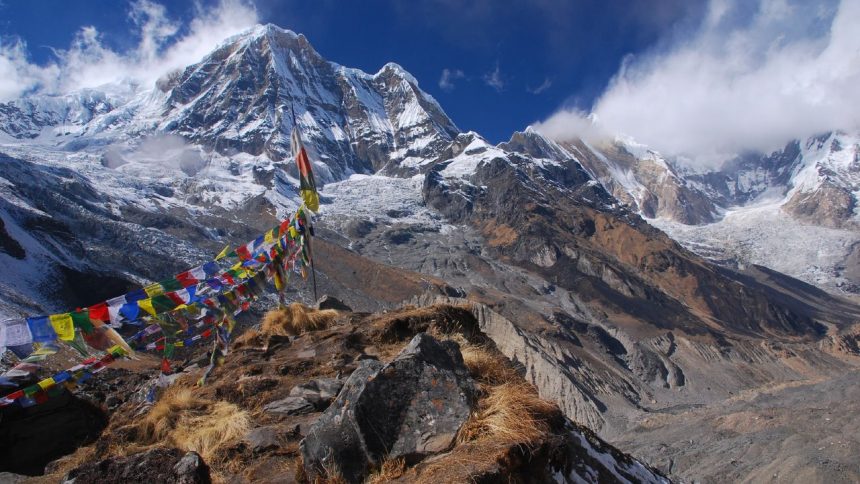 Green Light For Trekking In The Annapurna Region

Three months after the last aftershocks from two disastrous earthquakes that hit Nepal, during which more than 9000 people died and several UNESCO heritage sites were severely damaged, Annapurna, one of Nepal’s most popular trekking regions, has officially been declared safe for travelers.

A government commissioned report, in which one of Nepal’s biggest trekking tour operators and earthquake as well as engineering experts cooperated, has given green light for trekking in the Annapurna region.

Almost 200 km trails and trekking routes have been inspected. According to the report, none of the bridges have been damaged and only 6 buildings in the area have suffered slight, easily repairable damage. Also the trails have been found to be hardly damaged by rock- or landslides.

Critics say, that with one week of fieldwork, the time frame for the report is way too short to deliver reliable results. Also, according to them, local trekking operators have not been effectively included in the creation of the report, despite their extensive knowledge about the region.

The government hopes, that this announcement will bring back tourists to Nepal. Tourism is one of the main income sources of the country, with many visitors focusing on the unique trekking opportunities. Since the earthquakes, tourism dropped about 40%. Revenue from tourism is one of the major sources which could help Nepal rebuild itself, so it is essential to attract visitors and boost their numbers again.

A second report about the Everest region will be released soon, which is also expected to give green light for the area.

Liked this article? Looking for the latest in travel and adventure news? Then check out the rest of our articles at Adventure Herald. You can also like us on Facebook, follow us on Twitter or Instagram to keep up with our latest antics.
Tag nepal news travel news trekking