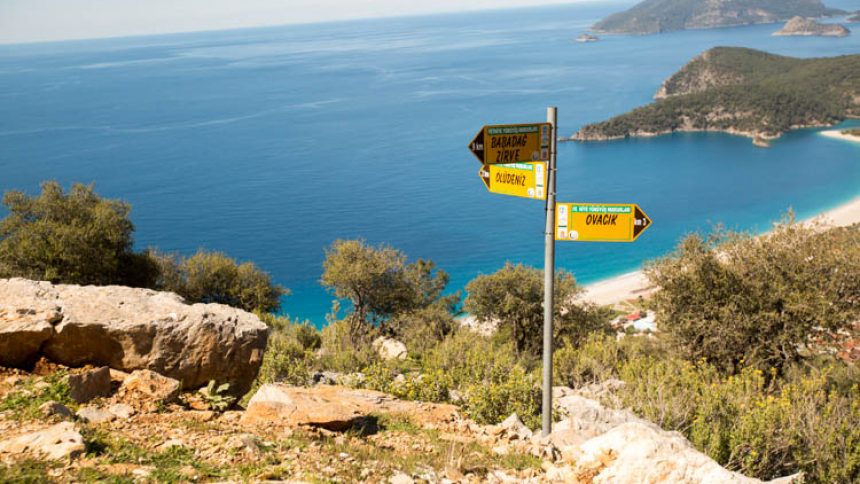 Imagine a hiking route which is embroidered by the vivid hues of nature! The Lycian Way goes beyond your imagination offering a breathtaking trekking route by the turquoise Mediterranean Sea and green hills of southern Turkey. Along the 535 kilometer-long hiking route, you can encounter many ancient cities which will give you the feeling of traveling back in time.

St. Nicholas’s (aka Santa Claus) homeland Lycia was a geopolitical region located in the Southwestern part of Anatolia, on a peninsula named Teke. The region fell under the reign of different states and empires for millennia. For instance, the Lycians became allies with Persians in the Persian Wars. Later on, the Lycian land was conquered by Alexander the Great. Nevertheless, the Romans took the control of the city until it was annexed by the Byzantine Empire and it experienced a drastic fall right after the conquest of Constantinople by the Ottoman Turks.

Ancient cities decorate nature in the land of light

During antiquity, Lycia was called as the “Land of Light”, due to the fact that the written Egyptian and Hittite sources, which date back to the 2nd millennium B.C., mentions a tribe called “Lukka” that dwelled on the Teke Peninsula. According to historians Lukka means “Land of the Light.” The Land of Light enlightened the future of nations due to their radical political structure. The Lycian League was established in the 1st century B.C. as a union of 23 cities. This union was the first known democratic federation in history, which constituted as an inspiration for the modern democracies of the World. 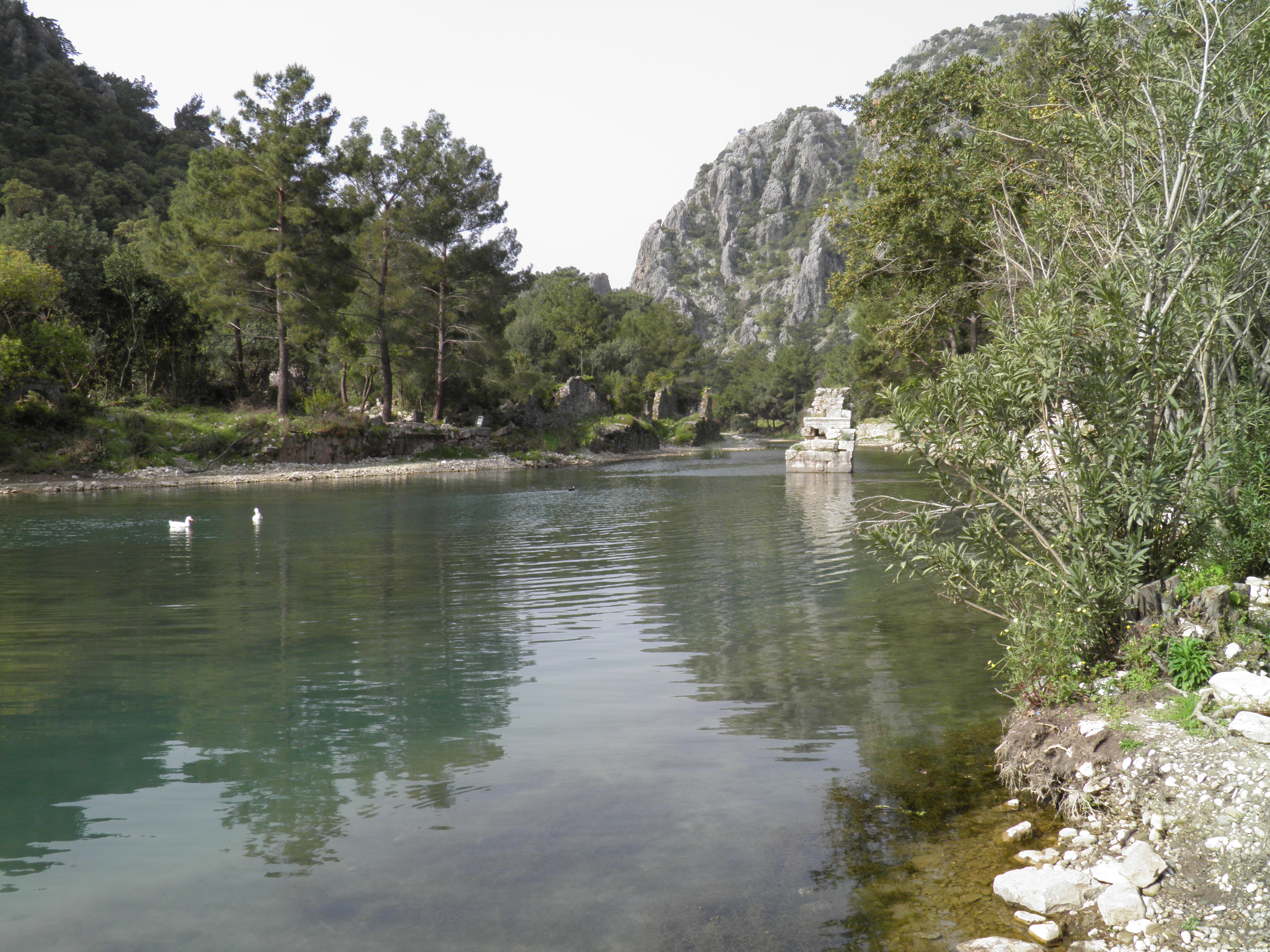 The major cities of the federation included Patara, which was the capital city, Xanthos, Pinara, Olympos, Myra and Tlos. Naturally, these great cities were devoured by the destructive hunger of time. Nevertheless, these cities are open air museums thanks to the efforts of dedicated archaeologists and historians. Therefore, the Lycian Way is still accompanied by the remnants of the ancient civilizations.

The historical route enables adventure travelers to visit these beautiful witnesses of history while enjoying stunning landscapes throughout the journey. The natural beauty of the Land of Light renders Mugla and Antalya the most touristic cities of Turkey (along with Istanbul).

Lycian Way is an amazing trekking route for individuals and also for groups. However, you also have an option to be involved in a professional competition called Lycian Way Ultra-Marathon. This event, which has been held annually since 2010, runs eastward on a route of approximately 250 kilometers between Oludeniz (Fethiye) and Antalya. 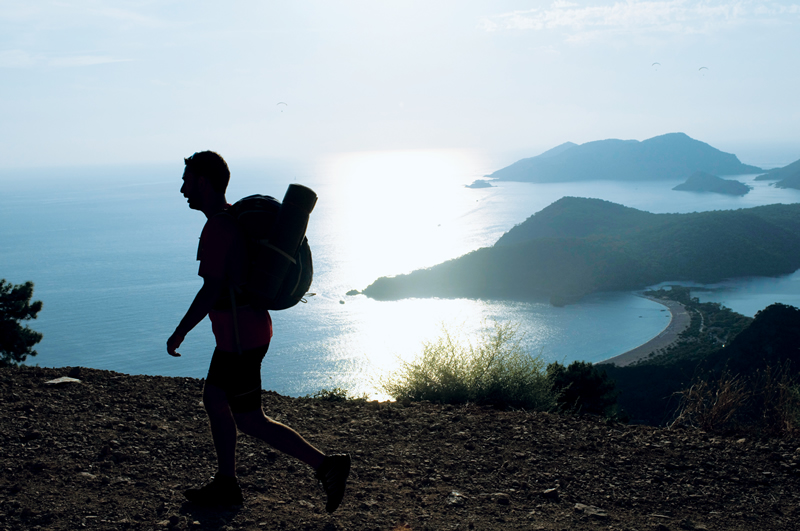 Ultra-Marathon consists of 6 stages, each of which is completed within a day. The event will take place between the 26th of September and the 4th of October this year. Organizers do not organize this event in summer, owing to the fact that the southern regions of Turkey can be really hot in summer. If you are an individual adventurer, you should also follow the lead of the professionals and choose a proper time for visiting this ancient land. Otherwise, your peaceful hiking adventure can turn into an extreme activity.

One of the most significant features of the Lycian Way is that it is well marked. In other words, you can follow the signs and find your way according to your mood or aim. Even if there is no guide leading you, signs will help you to find your way and learn about history of the land as you proceed.

Weirdly enough, not many people know about Santa’s Lycian origins. During the first crusade, Venetian sailors took St. Nicholas’ skeleton and relics to a basilica in Bari (Basilica di San Nicola). Therefore, it is hard to trace his legacy in his homeland. Nevertheless, visiting the Lycian Way, which included in the tentative list World Heritage list of UNESCO, will give you a chance to imagine yourself walking alongside of Santa Claus.

Liked this article? Looking for the latest in travel and adventure news? Then check out the rest of our articles at Adventure Herald. You can also like us on Facebook, follow us on Twitter or Instagram to keep up with our latest antics.
Tag Antalya Basilica di San Nicola lycian league lycian way lycian way ultra-marathon Mugla Oludeniz Olympos Patara Saint Nicholas trekking in eastern europe trekking route