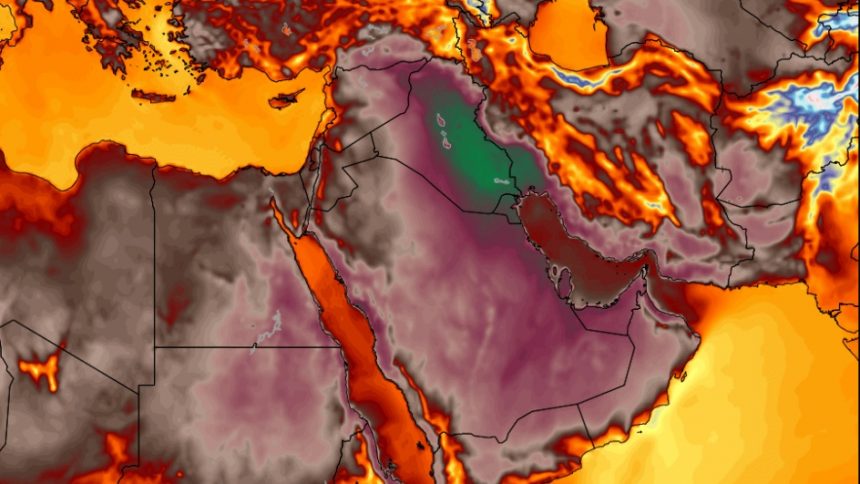 As a heatwave engulfs the Middle East, Iran hasn’t had it easy. In Bandar Mahshahr in the Persian Gulf, thermometers shot up to a whopping 74°C (165°F) “heat index”, which is the measurement of how hot it feels for the body, on Friday, 7 August 2015.

The temperature might not be absolute, but when you take into account humidity and air temperature, the factors add up. The air temperature was a high 46°C (115°F), but it’s hardly a record breaking temperature, since Kuwait, the world’s hottest city, generally goes up a degree higher in the summer months, and has exceeded the measured temperature by 10°C! The dewpoint temperature sits in at 32°C (90°F), which is actually an indication of the humidity levels which yields the above temperature.

This means that Bandar Mahshahr is the second hottest temperature ever recorded, coming behind Dhahran, Saudi Arabia in 2003, which reached 81°C (178°F). The extreme temperatures in Iran meant the government ordered a four day public holiday so that people can cope with the heat wave.

The hottest ever air temperature recorded goes to Death Valley, which was 56.7°C (134°F).

Liked this article? Looking for the latest in travel and adventure news? Then check out the rest of our articles at Adventure Herald. You can also like us on Facebook, follow us on Twitter or Instagram to keep up with our latest antics.
Tag asia extreme temperatures heatwave iran middle east news travel news