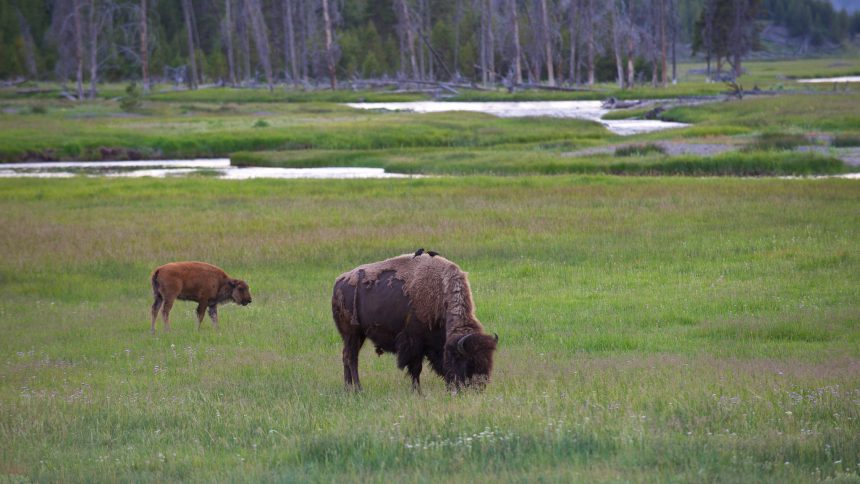 The increase of visitors is attributed to marketing September and October as shoulder season, where visitors can enjoy the park and its wildlife for reduced prices, but with still relatively good weather. Also reduced gas prices might have contributed.

The high number of visitors brings new challenges with itself, especially the visitors from urban areas, who need to be kept safe in the wilderness. Repeated attempts to take selfies with bisons resulting in serious injuries, are an impressive proof.

Also the increased traffic and the increased number of cars on the park’s 500 km of paved roads are a challenge for the ecosystem.

Yellowstone National Park, mainly located in Wyoming, is one of the most popular national parks in the United States, maybe even in the world. With a size of almost 9000 km2, it is famous for its free roaming bison herds, grizzly bears, wolves, elks and especially for its geysers. A large part of the park consists out of the Yellowstone Caldera, a huge supervolcano, which is responsible for the huge amount of geothermal activities in the park – two thirds of the world’s geysers can be found in Yellowstone National Park.