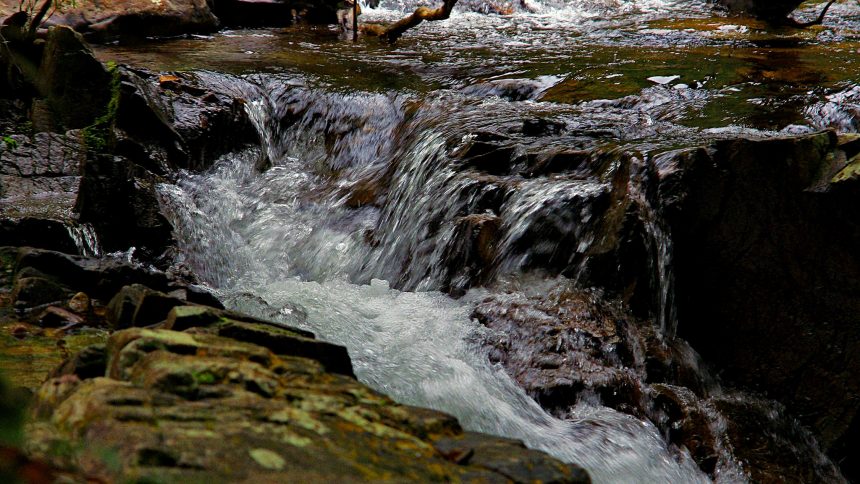 Tourist Rescued From Australian Bush Thanks to SOS Message

Sometimes, the tricks movies teach you about survival actually work. Just like for the British tourist, who was rescued from the Australian bush after being lost for 2 days and writing a rescue message in huge letters in the sand.

Geoff Keys, 63, was camping in Jardine National Park in North Queensland, when he decided to go for a swim along a creek about two kilometers from his camp, barefoot just wearing a t-shirt, swimming trunks with swimming shorts and a hat. When he wanted to return to camp, he made what he called in his blog “one of the stupidest decisions ever. Instead of turning round and swimming back upstream I decided to take to the bush and cut across to the track. It was nearly dark. I had no shoes. What was I thinking of? Well, I was convinced the track was nearby and walking back would have been easier than swimming. So I took a bearing off the setting sun and the rising moon and headed north, back the way I’d come. Or so I thought.“

What followed was an odyssey of two days through the Australian bush. Without food or water, Geoff Keys kept looking for the path, that would lead him back to his camp and finally found another stream, which he followed to a creek. Assuming it was the one he came down with, he kept swimming upstream for two hours, only to realize, that it was a completely different one.

After a long night, Geoff Keys heard helicopters in some distance, since his companions had reported him missing. He lost no time and made his way to appropriate terrain where he wrote “Help” in huge letters  in the sand, with the actual date and the direction in which he was going. After another day of swimming creeks and trying to find the footpath back to camp or help of any kind, he decided to return to his message for the night. The next day in the afternoon, while he took a break from his search, he heard a helicopter again. Having gotten the right directions from his message, the crew finally spotted him, waving and jumping like crazy, and came to his rescue. He was brought to a hospital for a check-up, but  was released soon, since beside some dehydration, exhaustion and a few cuts at his feet, he was in best health.

Liked this article? Looking for the latest in travel and adventure news? Then check out the rest of our articles at Adventure Herald. You can also like us on Facebook, follow us on Twitter or Instagram to keep up with our latest antics.
Tag adventure adventure travel australia news survival travel news