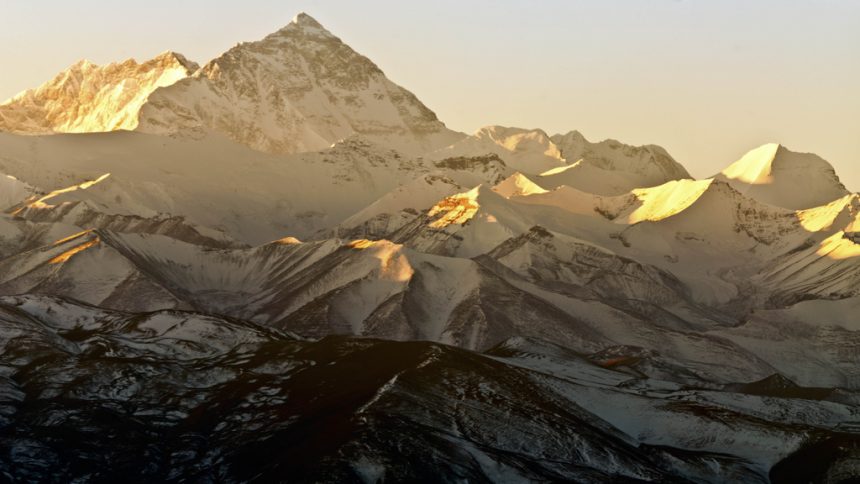 Teenage Australian Climber Sets out to Conquer the Everest

Alyssa Azar, the 18 year old Australian climber is preparing to try climbing Mt Everest for the third time, with a goal to become the youngest ever Australian to reach the summit and conquer the Everest.

In her first attempt, Azar escaped an avalanche that killed 16 sherpas in April 2014. She took her second attempt exactly one year later; when again a disaster struck as Nepal’s terrible earthquakes caused a series of avalanches on the mountain, killing 18 climbers. Both of the times, Azar was preparing for the climb at base camp.

Azar said to ABC News about her ascent during Nepal’s earthquake, “I didn’t really know what it was at first and then I heard this noise outside my tent and so I unzipped the back of my tent and that’s when I saw the avalanches coming through base camp. The first thing you want to do is create an air pocket, which is something that we’d learnt on previous courses to try and give yourself time to get out and also be able to breathe. So that’s pretty much what I did immediately, is just jump to the front of my tent and just covered up my face.”

These experiences did nothing to pull Azar back from her passion though. “I don’t think I could ever give up on it. It represents almost the ultimate challenge in a way. It’s the pinnacle of being able to push yourself,” she said, “The fact is, I love what I do and to be honest, I’m not scared to go back. The day I decided this is what I want to do, it’s been 100 percent commitment. It wasn’t always preparing for some great summit and everything going perfectly – it was preparing for worst-case scenarios. I understand that unpredictable things happen.”

Azar has lately come to Brisbane from the inland Queensland city of Toowoomba to take part in the 20 week long rigorous training as a preparation for her next attempt. She is learning adaptation techniques to prepare for the hostile mountain conditions in Nepal. For example, she is visiting altitude training centers and has a gas mask that reduces oxygen so as to prepare the climber’s body for high altitudes during treks and climbs.

Azar was youngest person to climb the extremely difficult Kokoda Track back in 2005, at the age of eight. She reached Australia’s top 10 peaks by the age of 12, and reached the peak of Tanzania’s Mt Kilimanjaro when she was 14 years old. Her latest adventure, which is pretty expensive, will cost her about $44,000 including logistics. She works to help fund her ventures.

The teenage Australian climber believes that she will really be able to achieve her dream to conquer Mt Everest, and she dreams to be an Everest guide some day. She said that she decided to climb the Everest even before knowing anything about mountaineering. She has also kept the highest mountain peaks in each of the seven continents in her checklist.

Liked this article? Looking for the latest in travel and adventure news? Then check out the rest of our articles at Adventure Herald. You can also like us on Facebook, follow us on Twitter or Instagram to keep up with our latest antics.
Tag alyssa azar australian climber kokoda track mountaineering Mt Everest mt kilimanjaro nepal adventure travel Queensland toowoomba