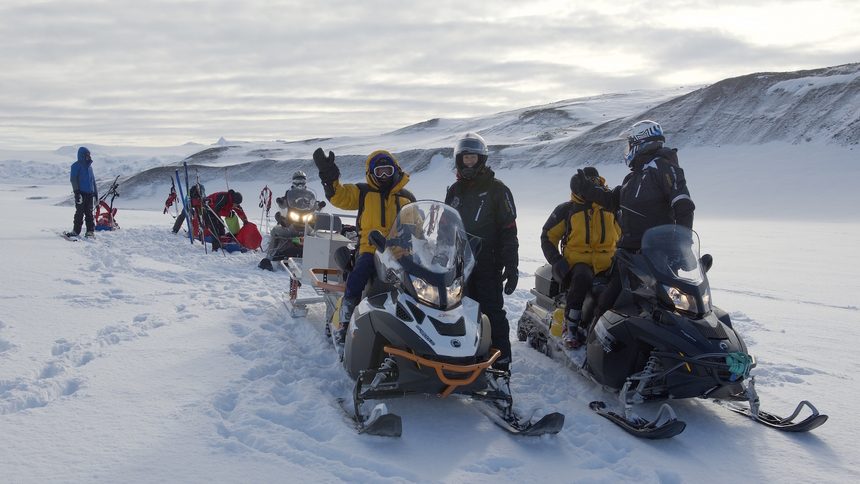 100 years ago, an expedition to the South Pole, called the Weddell Sea party, led by Sir Ernest Shackleton, had to abandon their ship Endurance as it got icebound and consequently halt the journey midway.

Relatives of Sir James Wordie, the Scottish geologist and chief scientific officer on the Imperial Trans-Antarctic Expedition, plan to finish the unfinished journey starting from the last week of November from southern Chile. Their goal is to walk and ski the 100 miles of the originally planned route and reach the South Pole on December 15, on the day of the original expedition’s 100 year anniversary.

Wordie’s granddaughter Alice and her husband Tim Holmes, head of property company Endurance Estates, are behind this plan to recreate Shackleton’s South Pole expedition. Mr. Holmes said, “In walking the last 100 miles to the South Pole, this completes some unfinished family business, but it is also a way to understand the hardships and to remember the heroism of those who set out hundred years ago. As a team we feel that one of the best legacies of our trip would be the creation of an archive covering Wordie and the other members of the Endurance expedition, so that their narrative can be available to anyone interested in polar science, its history, and climate change.”

Their team of 12 will be led by explorer David Hempelman-Adams, and joined by novelist and former SAS sergeant Andy McNab who has helped train the group. They will also perform scientific research like the original explorers, which will include a psychological evaluation of stress and mood in extreme environments by Medical Officer Dr Patrick Gillespie.

The project, called as Endurance 100, will not only mark the centenary, but also fundraise for the creation of a digital archive of papers relating to the original expedition. The papers will be open to public research with the support of St John’s College and the Scott Polar Research Institute in Cambridge. Wordie was a student, fellow and master of St John’s.

Shackleton’s crew floated on ice floes for several months after leaving the ship, later reaching the uninhabited Elephant Island and staying there for over four months. From there, Shackleton along with five others set off on a daring, 800-mile Sea crossing on a lifeboat called ‘James Caird’ to get a rescue team from South Georgia. The crew had to eat their dogs, and the ship ultimately broke free and sank after the crew left it.

Wordie was a 25 year old skilled Alpine climber when the adventure started. During his stay in Elephant island, he carried on extensive scientific research on objects starting from the substances of penguins’ stomachs to the surrounding environment. He mourned for the loss of his collected specimens after being rescued, “The end was rather a hurry. It was best to cut and run. And so all my beach exotics are left behind; the only rocks I have are in situ. But can one complain? My notes are safe and every man is safe.”

Wordie became one of the leading polar experts of the world afterwards. The spirit, courage and determination of the men entangled in taxing conditions in Antarctica for two years after the journey’s start in early 1914 are alive in Wordie’s detailed volumes, which ended on November 1916 when all of the crew went back home.

After he survived this journey, Wordie took part in eight more polar expeditions, served in the 1st World War, played an intelligence role in the 2nd World War, worked at SPRI and the Falkland Island Dependency Survey and had many publications. A number of polar landmarks are named in his honor including the Wordie Ice Shelf that disengaged from the Antarctic continent in 2009 as a result of global warming. He also supported and inspired Vivian Fuchs, who recreated Shackleton’s expedition later in 1957-1958 by completing the first overland crossing of Antarctica. 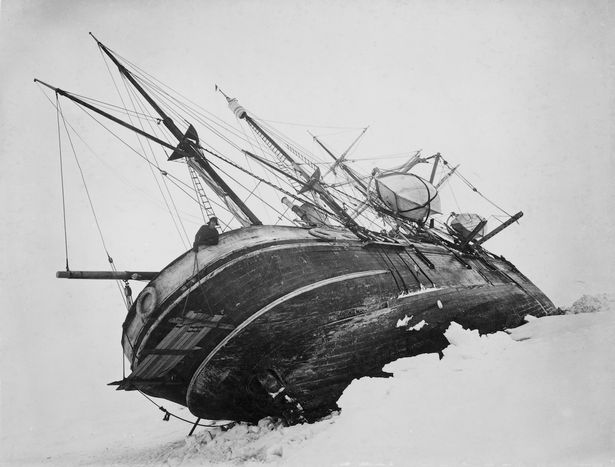