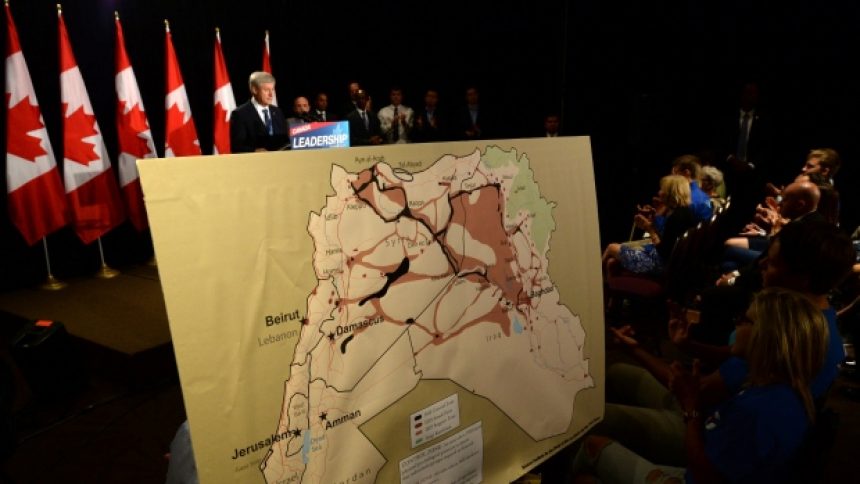 Canada Considers Restricting Travel as a Part of Anti-Terrorism Efforts

As the Middle East keeps boiling due to conflicts between governments and religious extremists, the heat emitted from the region spreads through the furthermost parts of the World. In a statement, the Leader of the Conservative Party and the current Prime Minister of Canada Stephen Harper said that if re-elected, he would introduce a legislation that would ban traveling to ground zero destinations such as Iraq and Syria.

The 2015 Canadian federal election is going to be held on October 19 with the aim of electing members to the House of Commons of the 42nd Parliament of Canada. The leaders of the political parties have already initiated their campaign tours. Conservative Leader Stephen Harper is one of the most active leaders as the leader of the majority. Considering his campaign promises and plans, it can be inferred that he is playing the “national security” card. During a campaign speech, Harper demonstrated a map of ISIS-controlled zones in order to show which regions would be forbidden for Canadian citizens.

“Traveling to such places is not a human right”

Stephen Harper aims to prevent terror tourism as a part of the anti-terrorism efforts of Canada. Nevertheless, restricting travel rights is interpreted as restricting human rights by some religious and political authorities. Harper, apparently, doesn’t agree with this view since he explicitly uttered that traveling to such places (places which are reigned by extremists) is not a human right. He furthered his claim saying that people go to such places only for specific purposes. These places are the regions where families don’t go. Thus, ban wouldn’t violate civil liberties. Moreover, he accused of NDP and Liberal Party of being too soft on terrorism.

Harper’s statement concerning the travel ban is regarded as a mere electoral posturing by the Liberal Leader Justin Trudeau. He stated that “Canada is a country that respects people’s rights. And any time a government chooses to limit those rights, it has to be able to answer very direct and complete questions about why it’s necessary, about how it will work, about what the clear plan is and Mr. Harper has done none of that.”

As a matter of fact Trudeau is not the only person who stated their concern on the negative outcomes of such a ban publicly. Spokesman for the Syrian Canadian Council Faisal Alazem stated that Syrian-Canadian community does not take this perspective well since such a restriction would prevent people to meet their relatives in their home countries. According to Stephen Harper, press members, aid workers and diplomats can still travel without restriction. Nevertheless, common people would face accusations despite being innocent.

It is a known fact that a vast number of Westerners snuck into Iraq and Syria in order to fight alongside ISIS militants. In spite of the efforts for ceasing this flow, people still find a way to reach ISIS training camps in Iraq and Syria. According to sociology professor Lorne Dawson, the travel ban will not stop anyone from travelling overseas to fight with the jihadists. Thus, Harper’s claims are mere politicking.

Liked this article? Looking for the latest in travel and adventure news? Then check out the rest of our articles at Adventure Herald. You can also like us on Facebook, follow us on Twitter or Instagram to keep up with our latest antics.
Tag anti-terrorism efforts Canada federal election 2015 Canada travel news civil liberties Conservative Party of Canada human rights ISIS Justin Trudeau Liberal Party of Canada New Democratic Party of Canada Stephen Harper Syrian-Canadian community Traveling to Iraq Traveling to Syria