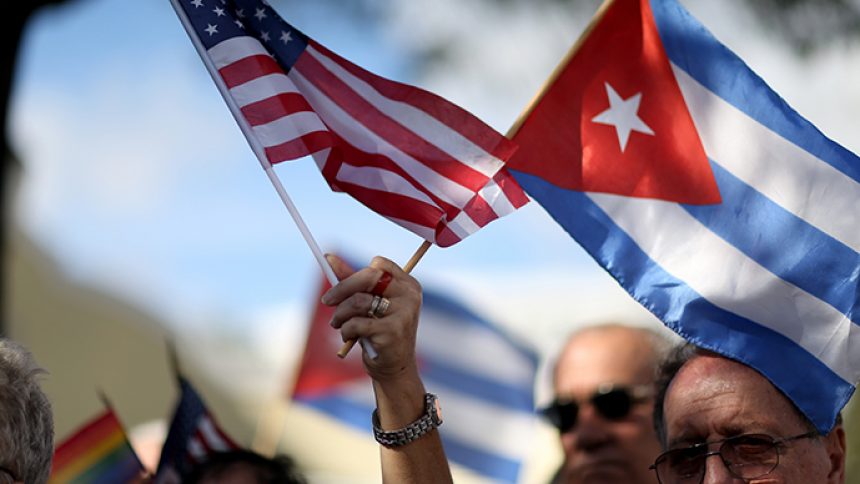 United States and Cuba have taken huge steps to normalize the relations between the two countries which were officially came to an end with the closing of U.S. embassy in Havana in 1961. U.S. Secretary of State John Kerry reopened the embassy 4 days ago hoisting the American flag once again in Castro’s land. The Obama administration is willing to take the steps of the normalization process rapidly with reaching an agreement with the Cuban government to allow scheduled flights between the two countries by the end of the year.

According to the data obtained by the United States Census Bureau, there are more than 2 million Cuban descendants in the United States. Considering that the Cuban residents of the United States visit their relatives in their homeland regularly, chartered flights of the American Airlines and JetBlue Airways are not enough to satisfy the demand. According to a Congressional Research Service report, around 500,000 Americans travel to Cuba annually. Knowing this demand, American airline industry puts pressure on the government to issue permit to launch scheduled flights between the two countries.

Scheduled Flights to Cuba Face the Opposition of the Republicans

Launching scheduled flights to Cuba seems like a feasible and profitable plan; nevertheless there are major obstacles which may challenge the authority of the Obama administration. If Washington and Havana can reach an agreement to allow scheduled flights between the two countries, Cuban flag carrier airline Cubana de Aviación will have a right to launch flights to the United States airports. This possibility concerns the Republicans who have the majority in the Senate and the House. Therefore, the Obama administration’s zeal for taking such a radical step requires undertaking a fierce clash with the Republican majority of the Senate.

As a matter of fact, the Republicans are not the only ones who have concerns about normalizing the ties with Cuba. American travel companies and businesses are doubtful about taking advantage of the opportunities offered by this new market due to the fact that in case a Republican candidate wins the 2016 presidential elections, the renewed ties may be overturned causing drastic damages to entrepreneurs.

Liked this article? Looking for the latest in travel and adventure news? Then check out the rest of our articles at Adventure Herald. You can also like us on Facebook, follow us on Twitter or Instagram to keep up with our latest antics.
Tag American Airlines American embassy in Havana aviation news JetBlue Airways John Kerry Obama Administration Scheduled Flights to Cuba United States Census Bureau United States of America US-Cuba relations